After a week or so of mostly calm weather, it’s about to get interesting again. Hurricane Zeta is expected to bring between one to two ... Read more

Why? That’s the biggest question after the Prince Edward County Board of Supervisors hired Douglas Stanley to be the county’s new administrator last week. Why ... Read more

EDITORIAL — New library is a point of pride in Buckingham

The new library and community center in Dillwyn stands as testament of what can happen when the community and government leaders work together. Members of ... Read more 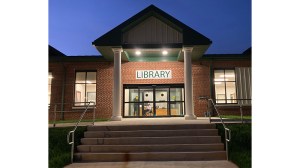 What began as the dream of a group of Buckingham residents more than a dozen years ago has come to life with the opening of ... Read more

Our favorite podcasts to relieve your pandemic boredom

By Roger Watson One of my newest discoveries of the pandemic has been podcasts. I’ve listened to podcasts from time to time, but it wasn’t ... Read more 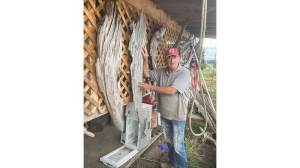 Story by Roger Watson The story of how South Hill resident Tommy Winn went from a mobile home salesperson to chainsaw artist begins with a ... Read more

A cold front is coming through

Rain, drizzle and a low of 35 tonight is not the ideal way to start an October weekend but it is a part of the ... Read more 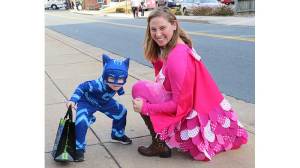 Town Council bans ghosts and ghouls due to COVID-19

The Great Pumpkin will not be coming to Farmville this year. Once again, the COVID-19 pandemic has proven to be all trick and no treat. ... Read more

The Virginia Commission for Historical Statues in the U.S. Capitol met virtually Thursday, Oct. 8, to discuss the process of removing and replacing the statue ... Read more 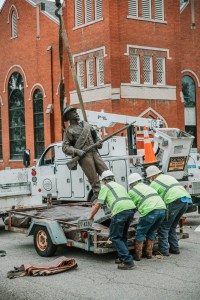 After an August public hearing gave citizens an opportunity to express opinions about the fate of Farmville’s deposed Confederate statue, the earliest the Town Council ... Read more

Expect a return to fall weather after rain clears out

The remnants of Hurricane Delta brought a drizzly rainy weekend to the Farmville area and most of Virginia but expect the remainder of the rain ... Read more

Delta expected to bring rain to the area Sunday

Enjoy the next couple of days with mild temperatures and no rain because it looks like the remnants of Hurricane Delta will be making their ... Read more

Expect a warm, dry week ahead

Farmville is looking at a great week weather wise as temperatures warm into the mid to high 70s most days with little chance of showers ... Read more

A weekend of perfect fall weather

This weekend will have perfect fall weather. The first weekend of October will feature cool temperatures with highs in the 60s and plenty of sunshine ... Read more

The rain is gone, now back to fall

The rain is over. Now it is on to cool fall-like temperatures the rest of the week with mostly clear skies ahead for at least ... Read more

Rain is on the way

Apparently rain is coming later today to dampen the perfect fall weather that has been hanging around the past several days. Morning showers will be ... Read more

EDITORIAL — Delegate Wright has some explaining to do

Speaker of the House of Delegates Eileen Filler-Corn justifiably eviscerated local Delegate Tommy Wright Tuesday, Sept. 22, after Wright allegedly did not report that he ... Read more

Goodbye beautiful September blue skies for a couple days while the remnants of Tropical Storm Beta passes through the area. The storm will begin to ... Read more

For those who have made it through this series of cold nights without turning on the heat in your house, congratulations. The chilly early fall ... Read more 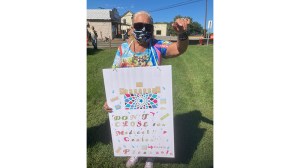 James Wooten Jr. followed behind the 75 or so people walking from the Pocket Park in Dillwyn to the location of the endangered Buckingham Family ... Read more

Cool temps, no rain this week 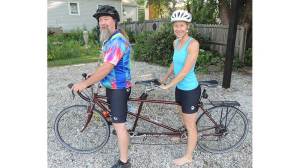 Five area bicycle rides to get you spinning

Story by Roger Watson Bicycling is an activity that has picked up in popularity during the pandemic. With gyms closed, lots of people pulled the ... Read more

The showers from Tropical Storm Sally have arrived in the Farmville area earlier than anticipated. Expect a rainy Thursday. The rain is expected to continue ... Read more

The National Weather Service has issued a Flash Flood Watch for Thursday night and Friday morning for the area immediately south of Farmville. The watch ... Read more

A recent story by The Washington Post added more information about why federal authorities ignored local concerns and moved ahead with a June transfer of ... Read more

Lots of clouds, a little sun, cool temperatures and the potential for a tropical rainstorm are all expected to be a part of Farmville’s weather ... Read more

More showers today then a cloudy weekend ahead

More clouds and showers are expected today, but the weekend looks to not be as wet as predicted earlier. A couple of periods of showers ... Read more