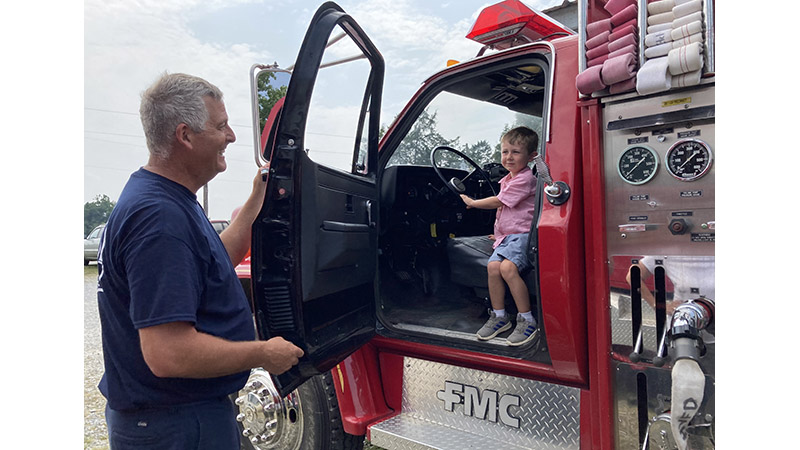 Louis McCotter, age 5, looks over one of the fire trucks as firefighter Matt Chaconas helps out Sunday, July 25, during the 50th anniversary open house and celebration at Darlington Heights Volunteer Fire Department.

The Darlington Heights community gathered to celebrate 50 years of the volunteer fire department protecting the community.

The Darlington Heights Volunteer Fire Department started in 1972 with an Army tanker truck. Since then, the department has grown in the number of trucks to six and also greatly increased the square footage of the fire station as the department and the community partnered to grow over time.

Chief Dallas Tinsley, who has served as chief for the department the past 23 years, said support from the community has been crucial to the department’s success.

“They went out and fought fire before there was a fire department,” he said of the days on Darlington Heights before the fire department was established. He said there was box in the community with rakes and shovels for anyone to use when a fire occurred. “When they had a fire, people would drive by, throw a rake and a shovel in the truck and keep going. That’s the way things happened back then.” 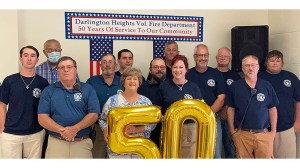 He said it is that same community spirit of everyone pitching in and coming together for a common cause that has carried the department through these 50 years.

“The community has always supported us,” Tinsley said. “Between what the community donates to us and supports us with the fundraisers and what the county gives us, we do very well.”

“When we first started out, we didn’t even have radios,” Womack said. “The dispatcher would call two of the ladies in the community and they would get on CBs (radios).”

He said a lot of times, people had to get firefighters out of their fields because most of them were farmers in the area.

Luther Gaines was a part of the department on the early days. Gaines, 82, was there from the beginning.

“There has been big changes,” Gaines said while thinking back to the time when a community member donated approximately an acre of land for the department and the men built the original one-bay block garage that began the department.

Gaines said he served for 30-to 35 years with the department. He recalled the difficulty of fighting structure fires when temperatures were below zero. 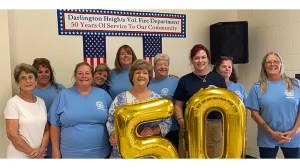 “In the United States now, there’s not many volunteer fire departments that make it to 50 years anymore,” Womack said while talking about the amount of training and economics of a rural community that make being a volunteer firefighter much more of a time commitment than in the past.

He said with the lack of people available in the communities during the day, county dispatchers are now sending three departments to any structure fire so they can be sure they have enough people there to handle it.