Farmville lets off some steam 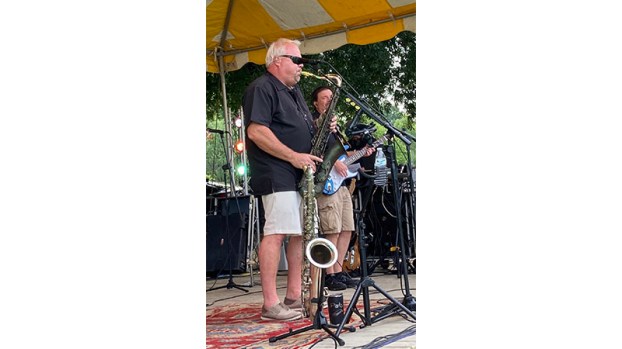 Brian Parks of JB and the Get Down Brown’s Band plays the sax on Stevie Wonder’s 1972 hit “Superstition” Friday, Aug. 6, during Farmville’s initial Live@Riverside concert of 2021. 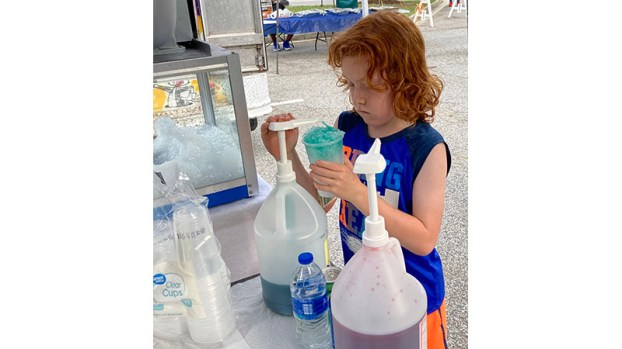 Hudson Merriman makes his own snow cone during last Friday’s Live@Riverside concert. Merriman and his dad from Charlottesville arrived at the concert after biking 10 miles on the High Bridge Trail. 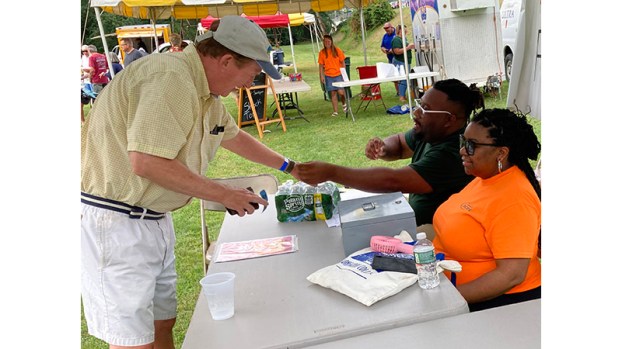 Ti’Erra Elam and Warren Reid of the Farmville Jaycees sell bracelets to be used to purchase beer. 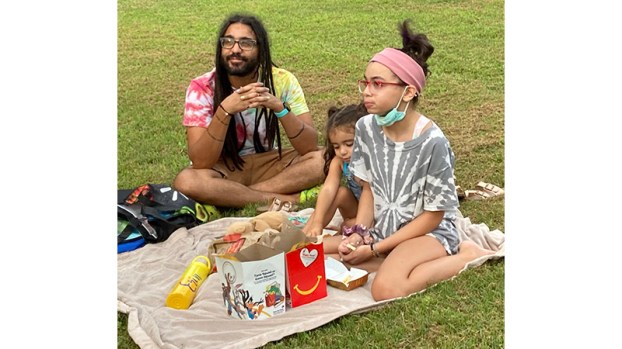 David Lawson with daughters Abigail and Roran enjoy some Happy Meals while enjoying the sounds of the band. 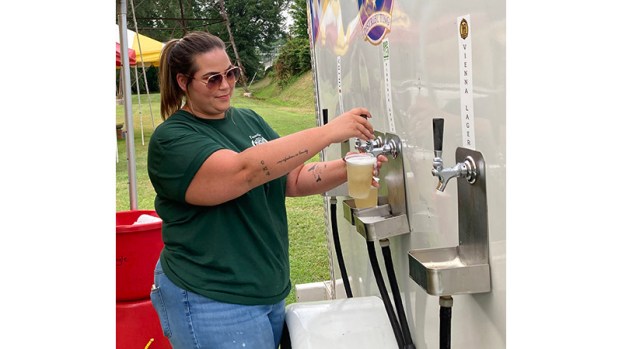 Ricka Smith pours a cup of beer during the Live@Riveride concert sponsored by the Farmville Jaycees Friday, Aug. 6. The next concert will be Friday, Sept. 17.

The JB and the Get Down Brown’s version of “Play That Funky Music” got the dancing started Friday, Aug. 6, at Farmville’s Riverside Park.

After almost two years of silence at Farmville’s Riverside Park, the first Live@Riverside of 2021 cranked up Friday, Aug. 6. The event gave residents a chance to blow off a little steam while listening to the soulful sounds of JB and the Get Down Brown’s Band.

A crowd of all ages gathered to listen to the music, dance, have a cup of cold beer and enjoy a perfect summer evening in downtown Farmville. Children bounced in the bouncy house while adults sat on blankets or lawn chairs listening to the band’s versions of hits from Stevie Wonder, Wild Cherry and Wilson Pickett.

Live@Riverside, sponsored by the Farmville Jaycees, continues in coordination with the Heart of Virginia Festival Friday, Sept. 17.