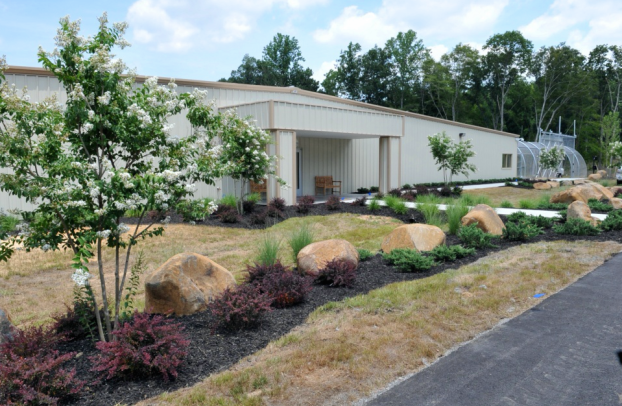 The ICA Farmville facility on Waterworks Road is capable of holding up to 722 immigration detainees.

For the past three months, speakers asking the Town of Farmville to end its contract with the U.S. Immigration and Customs Enforcement (ICE) and the Immigration Centers of America (ICA) have appeared before Town Council, both in person and on the phone, relaying stories of abuse and neglect that happened to either themselves, or someone they know, at the 722-bed facility on Waterworks Road.

Since the facility was built in 2008, the Town of Farmville has served as a middleman between ICE and ICA, allowing the federal government to contract with a private entity to operate the immigration detention center.

What’s in it for the town to be involved in such a deal? Money and jobs.

The town receives approximately $20,000 per month based on the number of detainees being held at the center. That’s $240,000 per year flowing into Farmville’s town budget for basically being the place where the ICA center is located. According to the town’s agreement, ICE pays approximately $120 per day per detainee to ICA through the town.

In April of 2020, the director of the facility told the Farmville Town Council the facility employs 240 people. It is listed as the seventh largest employer in Prince Edward County. The ICA/ICE detention center is the largest immigration detention facility on the east coast.

Those speaking to council make the case the money and jobs come from human suffering persecution and poor treatment at the hands of ICE and ICA.

“There is a very specific history of abuse, medical negligence, retaliation and shady dealings in that place,” Luis Oyola, the director of organizing at Legal Aid Justice Center in Charlottesville, told the council during the public comment period Wednesday, July 14. “I understand Town Council is not the only player in this contract, but, you are the key player in this specific contract as you signed the agreement with ICE. It is your imperative and within your power to withdraw from the contract.

“This is serious and we will keep coming until the Town Council ends the contract with ICE and ICA.”

As far as contracts go, Farmville’s Intergovernmental Service Agreement with ICE is easier to get out of than a lease for a college apartment. The agreement allows either party to end the agreement with 60 days written notice.

So far, Town Council has made no indication they are considering that possibility. After each speaker, council makes no comment other than to listen politely. Mayor David Whitus thanked each of the speakers. The board has made no public indication that it plans to exit its middleman position in the agreement.

The ending of the town’s contract with ICE is not the only angle Oyola’s group and others are pursuing to shut down the Farmville ICA facility. Earlier this year, the Biden administration closed ICE detention centers in Georgia and Massachusetts after allegations of abuse at those facilities.

Jesse Franzblau, a senior policy analyst with the National Immigrant Justice Center in Washington D.C. said the Farmville Detention Center has similar stories of abuse as the two facilities recently closed, particularly after the COVID outbreak at the facility in the spring of 2020 that resulted in the death of a Canadian citizen.

“There’s a lot of advocacy to try to get the federal government, as well, to close down facilities,” he said. “Farmville is at the top of the list in terms of where there has been a lot of documented abuse, particularly during last summer when it became the facility that had the most COVID cases after ICE transferred a lot of people there.”

Franzblua said his organization urges localities with detention centers that help fuel the local economy to begin finding ways to move away from that model due to the human rights issues as well as health and safety concerns that came up in Farmville during the COVID outbreak at the ICA Center.

At the Wednesday, June 9, Town Council meeting, Dr. Kate Sugarman, one of 10 speakers voicing concerns about the ICA facility that night, said she is a family physician who has seen patients at the ICA facility.

“I’m here to tell the council that ICA Farmville is a place of medical neglect and abuse, and it needs to be shut down immediately,” she said to the board over the phone. “I would like to think the Town of Farmville is a pleasant place to visit, however, for me and my colleagues, when we say the name Farmville, our only association is a dungeon-like jail. I have seen with my own eyes that ICA Farmville is an abusive, neglectful and inhumane place.”