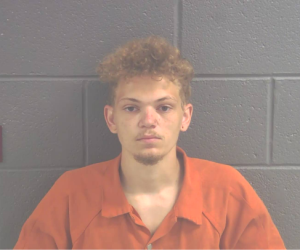 The two other arrests were John H. Wise, a 54-year-old Portsmouth man and Kenneth J. Eley, 39, of Portsmouth.

The Portsmouth Police Department did not provide details of where Roark is being held or any details about bond.

A report from television station WAVY located in Portsmouth said the arrest is in connection with an incident initially reported on May 22 near the 4500 block of King Street in Portsmouth.