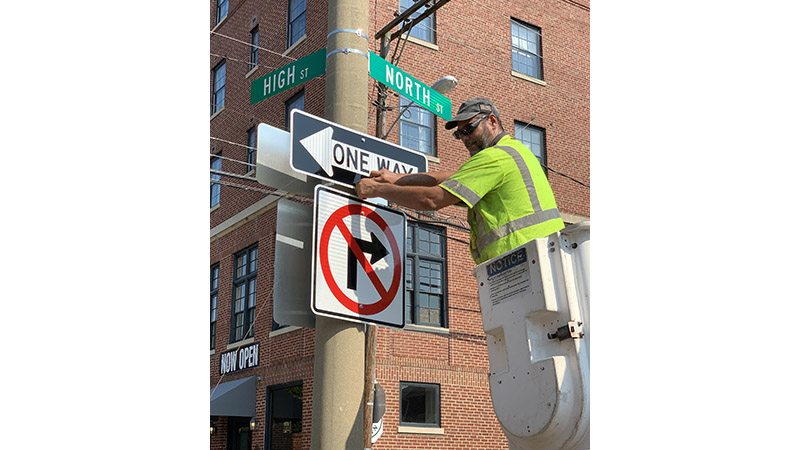 Brian Vandegrift of the Town of Farmville installs a one-way sign on North Street in Farmville Wednesday, July 28. (Photo by Staci Bridge)

Traffic on a portion of North Street will be changed to one-way Friday, July 30.

The issue came to the attention of Farmville’s Town Council after complaints of traffic congestion. The street is the home to the North Street Press Club, The Farmville Herald and the delivery entrance for the Weyanoke Hotel. All three businesses receive deliveries which tend to block lanes of traffic at different time throughout the day. The street also provides access to a couple different apartment complexes in the area.

Pedestrian safety of diners at the North Street Press Club was also a concern for the council.

After initially proposing to change the street to one way, council was urged to look at other alternatives such as eliminating on-street parking. The issue was returned to the infrastructure committee, but came back to the same conclusion that changing the street to one way was the best solution.

The measure was approved by Town Council 4-2 at its Wednesday, July 14, monthly meeting.