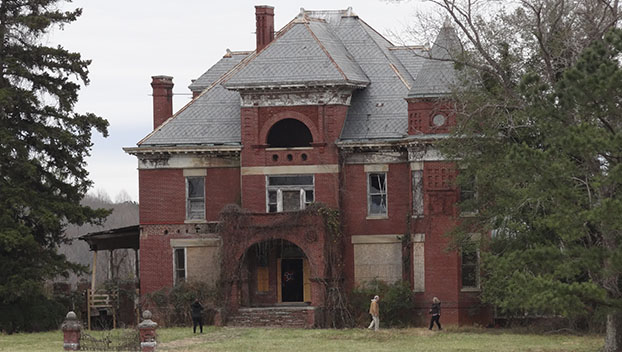 Sunday wasn’t just the beginning of a new year. It also marked a birthday, one of the older ones in this area. Prince Edward County turned 269 on January 1. Created in 1754, Prince Edward County was formed out of the existing Amelia County at the time. Its name came from Prince Edward, the second son of Frederick, Prince of Wales and younger brother of England’s King George III.

In those early years, the county seat housed the courthouse and went by the extremely original name of Prince Edward Courthouse. Now, we all know it as the village of Worsham. The town of Farmville popped up nearly half a century later, forming in 1798, although it wouldn’t actually be incorporated until 1912.

In December, the Cumberland Historical Society had to postpone their regular meeting. Now we have a date for when that’ll take place. The Cumberland meeting has been moved to Sunday, Jan. 29, beginning at 2 p.m. at Newstead Farm. The farm is located at 1 Newstead Lane in Cartersville.

As rain poured down Wednesday in Prince Edward County, you could clearly hear thunder, which several people pointed out to The Herald. That brings an old folk tale into play. You may have heard it said that if it thunders in winter, then you’ll see snow seven days later. Is that true? According to the National Weather Service, it’s true about 70% of the time.

The group’s Blacksburg office pointed us to their website, which says “thunder in winter is an anomaly often caused by a big dip and a big rise in the jet stream (a powerful wind current that acts like railroad tracks, guiding high and low pressure systems from west to east across North America and separating cold air in the north from warm air in the south).”

As cold air moves south, it replaces warm air and lifts it up, often causing thunderstorms. The cold air behind the front settles in. Depending on the strength of the front, it may hang around for many days. When the next weather system arrives several—if not exactly 7—days later, temperatures may still be cold enough to cause the moisture in the system to fall as snow. And in case you’re wondering, there is a 40% chance of some precipitation next Friday…. with temperatures dropping to 32 at night.

Another trip to Poplar Hill

Last month, we shared the latest project involving the Dunnington Mansion and the rest of the property known as Poplar Hill, a series of “open house” tours where residents can walk through the area. Now we know when the next one of these events will take place. That’ll be Saturday, Jan. 21, again set up as a “test run” of sorts, with a limited number of tickets available. The Dunnington Mansion Foundation wants to gauge interest, while also keeping the number at a size the group can manage.

Here’s what we know about Poplar Hill. Richard Woodson bought the land in 1748 and built the first structure on the property. Then the home, then called Poplar Hill, was passed down through the family before being sold to Capt. John Knight in 1860.
He left the property to his daughter and son-in-law, the Dunningtons. It was during this time, in 1897, that the current mansion was built. Dunnington extensively renovated the home, adding on four rooms, a massive tower and stately front entrance. This also changed the orientation of the house, switching from north/south to east/west. The front of the house now faces west. After their death in 1960, the home traded hands for the next 40 years.
To sign up for this next open house, visit dunningtonmansion.org.

If you want to start up a small business but just don’t know how, Longwood University can help. On Thursday, Jan. 19, the Small Business Development Center will hold a Zoom call, with officials from the school going over everything you need to know before starting a company. They’ll talk about marketing strategies, what type of legal organization you need to create for your business, how to present your business plan and a look at ways to tackle financial challenges.
That’ll take place from 9 a.m. to 10:30 a.m. and you can call the SBDC at 434-395-2086 to get the link for this Zoom call.