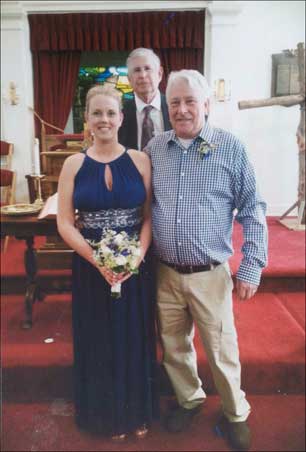 The Reverend Earl Wallace, pastor of the church, officiated at the double-ring ceremony.

The bride, given in marriage by her father and mother, wore a royal blue dress with empire waistline and accented with silver sequins. She carried a bouquet of white roses and blue spring flowers.

A reception was held in the church reception hall.

The couple will reside in Hampden-Sydney.

The bride graduated from Fluvanna High School in 1998. She is employed as a receptionist for the Ridge Animal Hospital.

The groom is the owner of Farmville Towing.