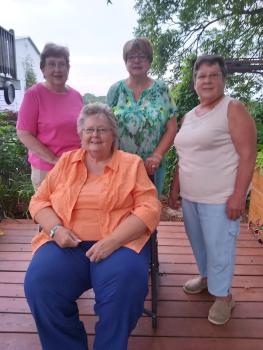 The Redbud Garden Club held its June meeting in the backyard of Geraldine Sanderson’s home.

Due to the coronavirus pandemic, this was the club’s first meeting since February.

The meeting served as a business meeting to outline the upcoming programs and exhibits for the year, install officers, and present awards to the members who had excelled the previous year.