SPCA Cat Of The Month Is Callie 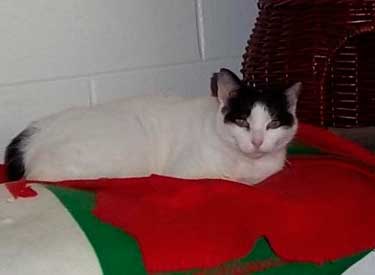 The Southside SPCA January Field of Dreams Cat of the Month is Calamazoo.

Calamazoo, also known as Callie, came to us back in February 2010 from Charlotte County. She was found under a trailer.

Callie came in with a scar between her shoulder blades. She was loaded with fleas. At first it appeared she was highly allergic to a topical flea treatment. The hair has not grown back in one little spot, possibly a burn from a car motor or exhaust pipe while she was trying to keep warm. She is very sweet and loving and socializes well with the other cats in the cattery. She is about seven years old.

Callie is sweet, and while not a lap cat, loves being petted. She can hold her own against other cats and even dogs, but gets along fine with both.

If interested in adopting Callie or any of the SPCA felines, fill out an application at www.southsidespca.org

To Wed In April