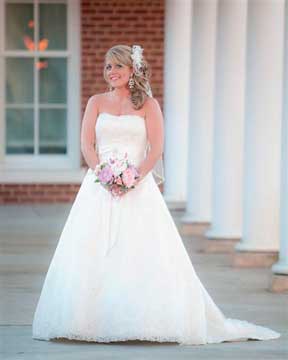 The marriage of Ashley Nicole Owen, daughter of Mr. and Mrs. Curtis Owen, of Rice, to Adam Blair Luna, son of Mr. and Mrs. Jerry Hostetter Jr., of Meherrin, took place on Saturday, May 19, at Pisgah Baptist Church in Rice.

A reception followed at The Farmville Fireman's Sports Arena.

Following a honeymoon to Nags Head, the couple resides in Rice.

The bride is a student at Longwood University and the groom is employed with Shentel.