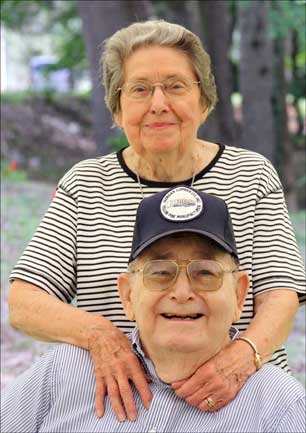 On Sunday, May 20, a celebration was held in honor of Marshall and Dorothy Tucker given by their daughters, Deborah Kennedy of Drakes Branch and Linda Varner of Farmville. It was held at “The Branch” in Drakes Branch, which is a private park Deborah developed. Friends and family celebrated the 63rd Anniversary of Dorothy and Marshall which was on May 14 and also their birthdays. Marshall who turned 90 on May 12 and Dorothy's birthday was on May 19. It was a most joyous occasion and enjoyed by everyone in attendance.

Mr. and Mrs. Kenneth Branzelle are pleased to announce the en-gagement of their daughter, Christinia Elene Branzelle, to Brian William... read more