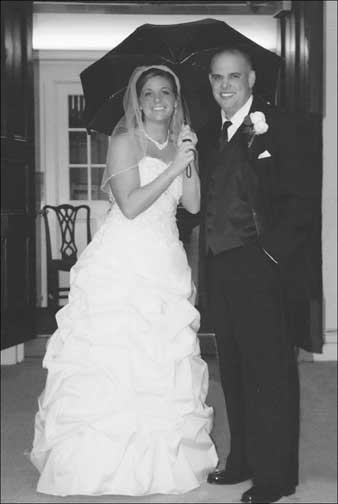 The ceremony was officiated by the Reverend Dr. Tom Robinson, of Farmville Presbyterian Church. Dr. Lee Roesti performed music for the ceremony.

The bride graduated from Prince Edward County High School and graduated from Southside Community College with a degree in nursing. She is currently employed with Centra.

An outdoor rehearsal barbecue was hosted by the parents of the groom and held at the home of the bride's parents in Farmville.

A reception hosted by the parents of the bride was held directly after the ceremony at the Farmville Municipal Golf Course where guests were greeted with a large array of hors d'oeuvres and cocktails followed by dinner and dancing that lasted throughout the evening.

After the wedding the couple enjoyed a getaway to Nags Head, NC, and will begin their journey as husband and wife in Farmville.

To Wed In November