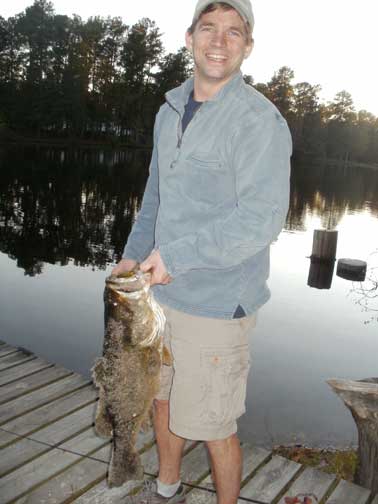 When I answered the phone, the voice on the other end exclaimed, “They Freed Willy.” Caught a bit off-guard, I quickly regained my motherly manner and responded to my second-born son. “Yes dear, we watched the movie and at the end Willy swam off with his whale family.”

Remembering that at first young Jesse was really sad when he released his friend, the orca whale, because the villains tried to re-capture him, I went for my best Martha Steward impression. “It was a good thing,” I mimicked. “Willie was reunited with his pod, remember.”

Then he laughed that same nervous laugh I've heard when he was bordering on the edge-teetering on the totter, like the call just before his first parachute jump. You know that laugh-the half-happy mixed with half I'm really not sure, how I'm going to handle this giggle. “They freed him. They let him go,” he repeated.

Trying to be empathetic but still not knowing the whole story, I mustered up a bit more of that motherly monotony. “But, you always throw them back anyhow, don't you?”

This time the moan deepened. “Yes, but you don't understand,” he wallowed. And then the fish tale flowed.

He was fishing in the large pond-which in my water feature catalogue would be listed under lake-that borders his backyard. Almost as soon as he cast the line, the monster bass struck.

“I knew it was the big one,” he delighted. “I could tell he was huge.”

Then, he reminded me of the mounted bass that hung on the living room wall at my parents' home. My dad, a master at bass fishing, loved that trophy fish-and so did my sons. As early as age six, they both vowed to one day have a similar trophy hanging in their homes. We even have pictures of them with that stuffed fish as they tried to pretend they had just caught it.

Sorry my dear daughters-in-law, I should have warned you prior to the weddings but I really didn't think it was anything to worry about at the time.

Anyhow, second-born son continued with his story. “Mom, I could tell by the way the line felt that he was even bigger than Pop's,” he stated. He shared that as he fought with the monster, he was finally able to reel him onto the sandy beach beside their dock.

“He was even bigger than I thought he'd be,” he said. “It was better than catching my first fish. It was great.” Then, he added, “Just wait until you see the picture.”

He paused and took a deep breath, “And then they yelled to tell me not to worry, I didn't need the pliers because they got the lure out and,” he sputtered and I swear it almost sounded like he was choking, “And, they let him GO.”

He described how after hearing those words he collapsed to his knees and yelled, “Nooooo-oo.”

Yep, his wife and firstborn daughter, fearing that the bass was fighting for his life and needed to be put back in the water as soon as possible, got the lure unhooked and, yes, they freed Willy.

Okay, I, too, am kindhearted and concerned for all, well most, living things. And, yes, I hate to see anything suffer, so I truly understand why they did what they did. But, I'm also the daughter of a man who loved to fish…a man I once out-fished-me with a bamboo pole and worms and he with his fly rod and waders. Can you believe he wouldn't speak to me the entire way home because I caught a three-pound bass and he only caught a few bream? And, yes Trace Adkins, I thought we were Just Fishing.

Anyhow, back to the fish tale about the monster bass-this one really didn't get away, it was set free. Reckon there's any chance that having his fish pictured in his momma's column will soften the blow of not having that citation hanging on his wall? KNOTT MUCH.