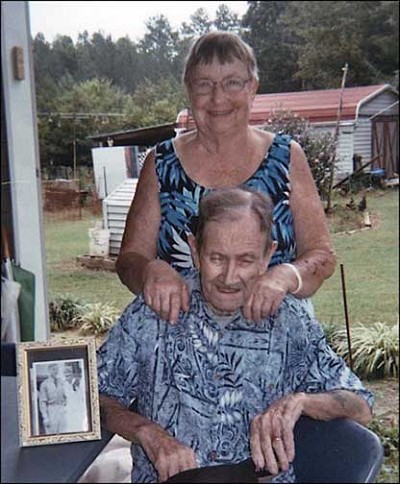 Maylon E. Kearney and Hazel Mae Jones, of Oxford, NC, and formerly of Buckingham, were wed on Aug. 14, 1951, by the Rev. W.C. Pittard in Franklington, NC. A cookout in their honor was held at the home of their daughter and son-in-law, Debbie and Robbie Spencer, in Oxford. Their other daughters are Ronda Blackwell and husband Dan, of Maptopone; Angela Kerney, of Oxford; and the late Sharon Kearney Lightfoot. Like daughters to them are Doralease Jackson and husband, of Farmville, and the late Naomi Short-Walters. They have five grandchildren and nine great-grandchildren. Other family members and friends joined them for the occasion.