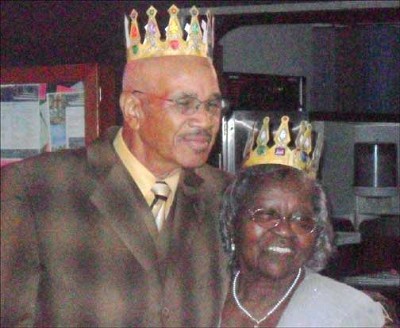 Sunday, August 14, was a day that gave true meaning to the phrase “live, love, laugh” as James and Evoria Scott, of Pamplin, celebrated their 50th wedding anniversary.

James and Evoria were joined in holy matrimony in a double wedding ceremony on August 12, 1960, with the late Rev. Abraham and Evoria's sister, Tonsa Ruth Walton, of Garysburg, NC.

The Scott's anniversary celebration consisted of a dinner cruise aboard the Spirit of Norfolk. James and Evoria Scott were recognized and crowned as “King and Queen of the Ship” for being the longest married couple onboard.

When asked what was the secret to staying together for 50 years, Evoria said “love, trust, God and family,” and James said “I just happened to have found the sweetest lady in the whole world!”