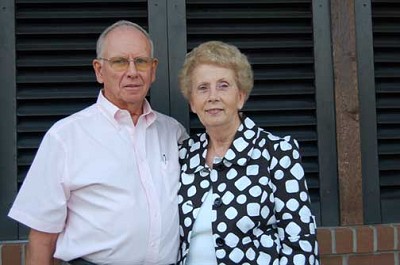 Gene and Martha Clark, of Amelia, celebrated their 50th wedding anniversary on Sunday, August 28 with family and a special friend in Richmond. The Rev. John Harwood married them on August 19, 1961 in Buckingham County. Gene and Martha have two daughters, Sharon and Sheila, three grandchildren, and one great grandchild.