Dr. Thompson To Give Library Program 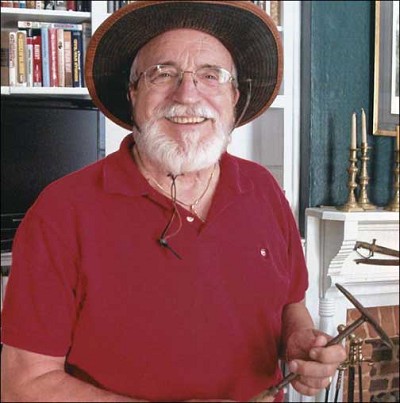 The Rev. Dr. William E. Thompson, retired church pastor and college chaplain at Hampden-Sydney, will be the guest speaker at the September meeting of The Friends of the Library on West Third Street in Farmville on Monday, Sept. 12, at 7 p.m. The Friends of the Library sponsor this quarterly series of free public presentations on a variety of topics for the education and enrichment of the wider community.

In addition to Rev. Thompson's well-known interests in the Civil War history of Southside Virginia, he is also certified by the University of Tel Aviv as a interpreter of Iron Age pottery in ancient Israel and has often spoken to area groups on how the geography of the ancient Middle East influenced the development of the biblical stories. His topic for this meeting will be “The Desert Shall Rejoice and Blossom.” It will be about how the acquisition of safe drinking water has shaped the history of both ancient and modern Israel.

Dr. Thompson is a native of North Carolina and is an honor graduate of both Davidson College and Union Presbyterian Seminary in Virginia. In addition to earning several post-graduate degrees, he received an honorary Doctor of Divinity degree from Hampden-Sydney College in 2003; last spring he also received the college's annual James Madison Award in recognition of his lifetime of public service in areas of social justice for the oppressed and poor.

Rev. Thompson has been an ordained Presbyterian minister for the past 50 years and has frequently served as a substitute preacher in area churches since his retirement.

The program is free and open to the public.