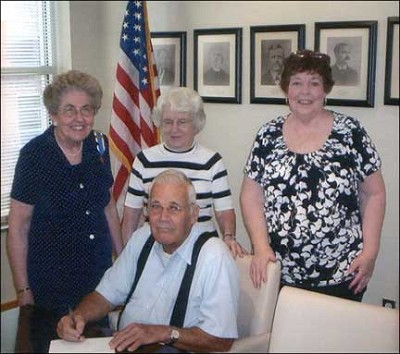 September 17 begins the national celebration of Constitution Week. The week-long commemoration of America's most important document is one of our country's least known official observances.

After the American Revolution, the United States system of government under the Articles of Confederation was weak. In the summer of 1787, Congress decided to call a special meeting called the Constitutional Convention. It met in Philadelphia, Pennsylvania, and lasted four months. After much debate and compromise, the Constitution was finally adopted by the convention delegates on September 17, 1787.

John Blair, James Madison and George Washington were the three signers of the US Constitution from the state of Virginia. James Madison is considered the “Father of the US Constitution.” He arrived in Philadelphia in February, three months before the convention began and he brought with him the blueprints for the new Constitution. Although it has been amended 27 times over the years, the Constitution's basic form still exists today. Our Constitution stands as a testament to the tenacity of Americans throughout history to maintain their liberties and freedom, and to ensure those unalienable rights to every American.

The tradition of celebrating the Constitution was started many years ago by the Daughters of the American Revolution. In 1955 the DAR petitioned Congress to set aside September 17-23 annually to be dedicated for the observance of Constitution Week. The resolution was later adopted by the U.S. Congress and signed into law on August 2, 1956, by President Dwight D. Eisenhower.

“We must remember and teach that those who wrote the Constitution believed that no government can create freedom, but that government must guard freedom rather than encroach upon the freedoms of its people” stated Merry Ann T. Wright, president general of the DAR. “The Constitution by itself cannot guarantee liberty. A nation's people can remain free only by being responsible citizens who are willing to learn about the rights of each arm of government and require that each is accountable for its own function. Therefore, Constitution Week is the perfect opportunity to read and study this great document which is the safeguard of our American liberties. We encourage all citizens across the country to take time this week to guard that which is committed to us by our forefathers… our freedom.”

This is the 224th anniversary of the signing of this great document. The Judith Randolph/Longwood Chapter, NSDAR, has a display to commemorate the US Constitution and Constitution Week in the window of Pairet's, Inc. located at 104 Main Street, Farmville. For more information about the Daughters of the American Revolution, please contact Nancy Vick, Regent of the Judith Randolph/Longwood Chapter.