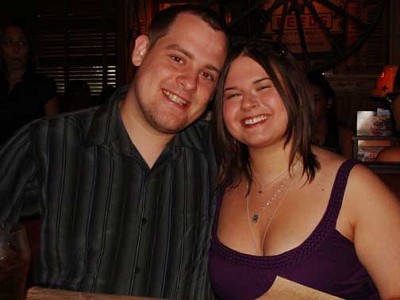 Mr. and Mrs. Gregory and Gail Henderson, of Prince Edward, proudly announce the engagement of their daughter, Leslie Gail Henderson, to Ryan Edward Badger, son of Dale and Cheryl Cook, of Burkeville, and Frank and Carla Badger, of Brighton, MI.

Leslie, a 2001 graduate of Prince Edward County High School, is a student of Liberty University in pursuit of a bachelor's degree in education and is currently a professional tutor for SVCC. She is the granddaughter of Virginia and the late George Lumsden Jr., of Fairfax, and the late Leon and Bessie Henderson, of Farmville.

Ryan, a 2005 graduate of Brighton High School, is currently working for U.S. Cellular a in Farmville as the service technician. He is the grandson of Richard and Betty Good, of Northville Township, MI, Gail Davis, of Brooksville, FL, and Betty Jewell, of Alma, MI.

The happy couple will be married on September 20.