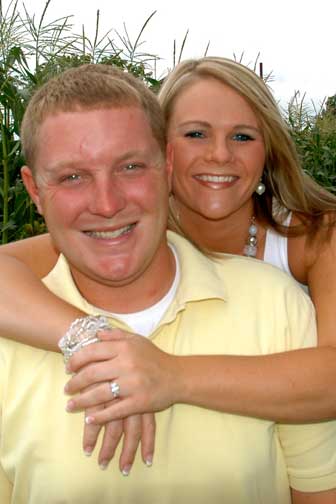 The Reverend and Mr. Lynnwood Wilson Meadows, of Blackstone, are proud to announce the engagement of their daughter, Lacey Elizabeth Meadows, to John Turner “JT” Palmore, son of Mr. and Mrs. Ronnie Wilson Palmore, of Gasburg.

Lacey graduated from Nottoway High School in 2003 and went on to obtain a Bachelor's degree in Business Management from Virginia Wesleyan College in 2006. She is currently employed at Southside Electric Cooperative. Her paternal grandparents are the late Mr. and Mrs. Fred and India Meadows, of Farmville. Her maternal grandparents are Mrs. Marion Davis Thompson of South Hill, and Mr. Otis Shepard Jr., of Cullen.