Bath Time In My Fountain! 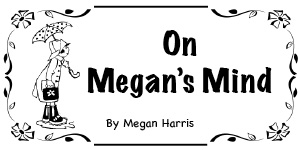 You'd think the child was somewhere along the line related to a water dog or a duck or a fish or something like that-I'm not exactly sure what but something that certainly loves the water. Since the spring showers have suddenly turned off, I'm left carrying June-filled buckets to our garden planters and flowers. I'm also left in a battle over the water nozzle with my two-year-old. If she's not spraying me, she's spraying herself and if not me, it's the dog and sometimes she's even drinking from it.

The little one has started taking her baths outside at about dusk in my barrel FOUNTAIN!

Yep, you read it right. In my FOUNTAIN!

I know we live in the middle of nowhere and I know she loves it outside but she really doesn't have to slip off her shoes and jump over into my fountain for a nightly dip.

The other night I came around the corner just in time to catch her over in it to about her waist (she is short, you know) while letting the spout rain down on her as though she was a rain two-year-old goddess.

Yes, she was one dirty little one and we'd been outside working in the yard and it was still at least 96 degrees in the shade it felt like but we have running water and a tub inside.

She was even washing her toys and her shoes!

I couldn't do anything but shreeeek…

“Get out of there. Right now!” I yelled.

You would have thought I was scolding my soon-to-be teenager for riding in the car with a BOY!

Of course she didn't even flinch. She responded while still making herself comfortable in my fountain that she helped get me as my Mother's Day gift, “But MOMMA, I'm so durtee.”

No smiles, no worried look-no nothing.

She was just as serious as she could be and as cool as a cucumber for that matter.

I had interrupted her spa time in my fountain on top of our windy hill that's not so windy these days.

Along with her in the fountain were her tools where she'd been helping her daddy earlier.

They, I guess, were also “durtee” and needed a little washing. She had her saw, her screwdriver and screws, and a wrench. I guess if something went wrong with the fountain while she was in it, she could do a little repair work.

She's too smart and too good of a debater to argue with on most evenings and I'm too tired to keep up. So I give in most of the time and this was one of those times that I just gave up.

I left her to bathe in my fountain.

While I sat and watched and actually enjoyed not having to chase her around the yard or her out of control tractor down through the woods because she refuses to steer while driving it.

And, lucky for her, she was extra squeaky clean that night, because a little later we went on inside (Well, actually she put up another good fight but I actually won this one. Mommas always win at bedtime wars sooner or later.) to the real bathtub and she got a good scrub that did include lots of soap and no tools or water out of a barrel with a spout.

Summer might not officially arrive until later this month, but it's certainly in full swing at our house. Those no shoes and bath times outside in momma's fountain evenings have arrived whether I like it or not.