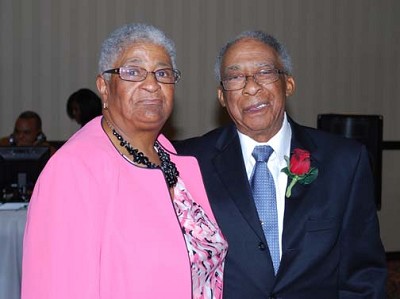 Mr. and Mrs. John and Catherine Carter, of Cumberland, celebrated their 50th wedding anniversary during a surprise party given by their children on March 19. The celebration was held at the Ramada Plaza Richmond West in Richmond. John and Catherine were married on March 29, 1961, in Newark, NJ. They have three children (and one in heaven), three grandchil-dren, two son-in-laws, and one daughter-in-law.