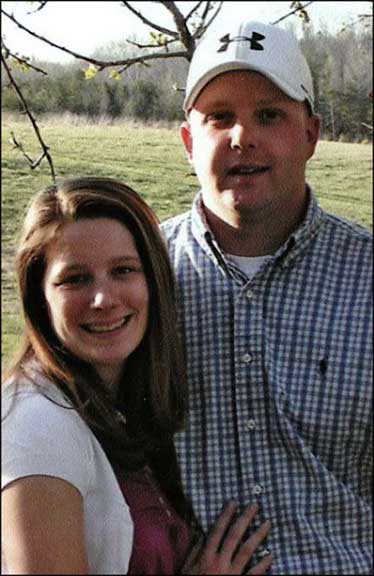 Ms. Saunders is a 2002 graduate of Cumberland High School and received a B.S. of Kinesiology from Longwood University in 2007. She is employed as a wellness instructor by The Woodland, Inc.

Mr. Jennings is a 2001 graduate of Appomattox High School and received an Associate in Applied Science with a major in Nuclear Support Technologies from Central Virginia Community College in 2005. He is employed by Areva NP in Lynchburg.

Ms. Saunders is the granddaughter of James C. Jones, of Grifton, NC, Janice W. Jones, of Triangle, and Paul and Kathryn Lockner, of Farmville.