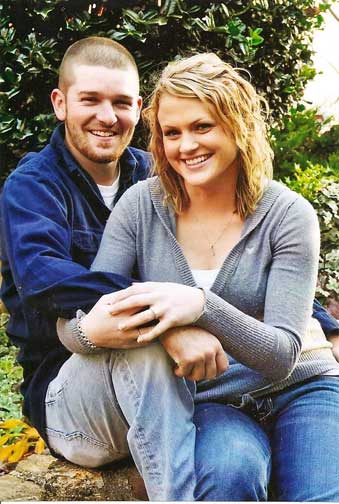 Mr. and Mrs. Paul J. Holmes, of Buckingham, and Mr. and Mrs. A. C. Lightfoot, of New Canton, proudly announce the engagement and upcoming marriage of their daughter, Ashley Rhiannon Holmes, to Christian Reed Farmer, son of Mr. and Mrs. William O. Farmer, of Beaverdam.

Ashley is a 2005 graduate of Buckingham County High School and is currently employed by Zinsser Plastic Surgery in Richmond. She is the granddaughter of Mr. and Mrs. Robert C. Jones, of New Canton, and Ms. Martha E. Holmes, of Bucking-ham, and the late Mr. Robert F. Holmes, of Chicopee, MA.

Christian is a 2004 graduate of Patrick Henry High School and is currently employed by Rappahannock Electric Cooperative in Bowling Green. He is the grandson of Ms. Anne S. Anderson and the late Mr. John E. Anderson, of Beaverdam, and Mr. and Mrs. Wallace O. Farmer, of Englewood, FL.

A June 11 wedding is planned.