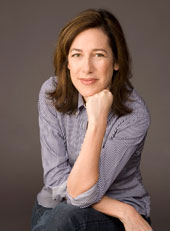 Hampden-Sydney, VA – The author of recently released True Prep, Lisa Birnbach, will be at Hampden-Sydney College for a book signing on Saturday, November 13.

Birnbach is an award-winning broadcaster and author of The Official Preppy Handbook which has been updated in True Prep: It's a Whole New Old World, co-authored with Chip Kidd. Birnbach says on page 72 of True Prep, “… allow us to assure you, in no uncertain terms, that Hampden-Sydney is, without equivocation, the preppiest college in the United States.”

The Official Preppy Handbook, became a runaway bestseller (38 weeks at #1 on The New York Times Best Seller list) and a tongue-in-cheek reference guide for a generation. Birnbach quickly became a media darling, and numerous television and radio appearances followed. She began writing for such high-profile publications as Glamour, TV Guide, and Rolling Stone. She also went on a college lecture tour and put her vast knowledge of college life to use when she wrote Lisa Birnbach's College Book, offering the inside scoop on campuses around the country.

She was a consultant on the classic film, Dead Poets Society, and in the '90s, she began writing comedy for television and cable specials. She has co-hosted Good Night America and was a correspondent on The Early Show, hosting the segment, 'Yikes! I'm a Grownup!' Between all of these engagements, she found the time to be the writer and co-writer of 20 books.

In addition to her work as an author, Birnbach is a contributing editor at Parade magazine and served as the deputy editor of Spy magazine. She is co-creator and co-host of Zero Hour on ABC-TV and co-writer of the off-Broadway revue, Loose Lips, starring Harry Shearer, Bebe Neuwirth, Peter Boyle, and Andy Richter. Until 2007, she hosted the radio program, 'The Lisa Birnbach Show,' which won the 2007 Gracie awards for 'Outstanding Talk Show' and 'Outstanding Comedy Show.'

Birnbach will be signing her books (available in the Hampden-Sydney Bookstore) from 11 AM to 1 PM on the Hampden House Porch on Inauguration weekend and just before THE GAME with Randolph-Macon.