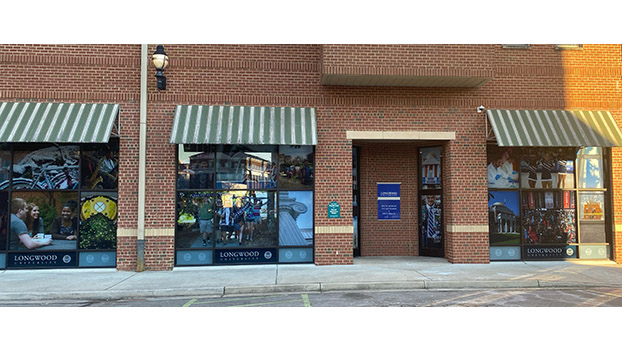 FARMVILLE – The doors are expected to open on Farmville’s SEED Innovation Hub by year’s end. That’s the latest update given by project officials, who say the biggest holdup right now comes from Washington, as they’re waiting on contract approvals.

The goal here is to create a place to help launch businesses that stay in the community. If you have an idea for a business but don’t know how to get it off the ground, the Hub’s resources will be able to help. It’s one part business accelerator and one part training ground. And this isn’t just for residents. It’s for Longwood and Hampden-Sydney students to experiment as well.

When construction is finished, the Farmville facility will include maker spaces, coworking spaces and training and gathering spaces as well as an SBDC office for training and consulting. The new facility will be available to host community courses in entrepreneurship and innovation; Southside Virginia Community College workshops and camps for trades, technology and STEM.

Residents won’t have to travel far as the location will be at the former Barnes & Noble in Midtown Square in downtown Farmville, which served as a Longwood University bookstore.

Even though this project is mostly headed up by Longwood University and Longwood Real Estate Foundation, Hampden-Sydney College is playing as an active partner. The vision is for Longwood, Hampden-Sydney and Southside Virginia Community College students to have somewhere to network and learn valuable skills from local business owners.

According to Sheri McGuire, associate vice president for community and economic development at Longwood, the name SEED reflects how this hub seeks to plant seeds of innovation while acknowledging the agriculture-based economy of the area.

The hub has already been awarded funding from federal and local levels, including $674,304 from GO Virginia, $500,000 from the Virginia Tobacco Region Revitalization Commission, $375,000 from the Longwood Real Estate Foundation and in August it received $2 million from the U.S. Economic Development Administration (U.S. EDA) through the American Rescue Plan Act, which completed the funding needed to start construction.

“We are currently awaiting approval from (the U.S. Economic Development Association) of our construction bid documents,” said McGuire. “Once that occurs, we can solicit bids for the renovation.”

If the project stays on track, the SEED Innovation Hub should open by the end of the year.

What happens in the meantime?

According to McGuire, just because there is no physical building does not mean that the innovative projects are also on hold. The hub is a part of an ongoing regional strategy for entrepreneurial support.

While waiting to move into the building, GO Virginia, Longwood and the SOVA Innovation Hub, located in South Boston, have already created programs, most being virtual, that will grow once the community space is finished. These programs include an eight-week business boot camp, youth entrepreneurship programs, community and collegiate pitch competitions and other educational programs.

“We didn’t plan to build something with the expectation of  “build it and then they will come”,” said McGuire.  “We already have programming in place through Longwood, Hampden-Sydney, SVCC and others that will be enhanced and reach the community at large more effectively in this physical space.”