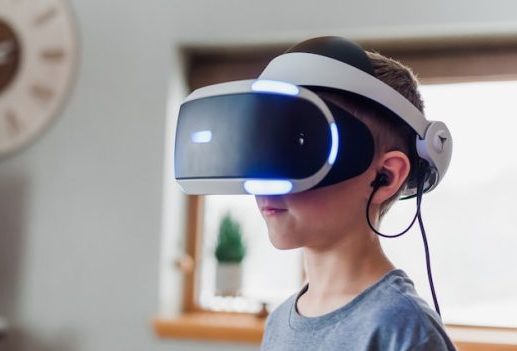 CUMBERLAND – Field trips are expensive. It’s also not cheap to build physical labs. So how does a rural school district get around those problems? For Cumberland County schools, officials hope the answer is through virtual reality (VR).

Cumberland County schools are currently testing a virtual reality program known as Z Space. The California-based company has worked with several school districts, both here in Virginia and across the country, to give students access to VR learning.

Their program allows students to enter the world of virtual reality to better learn about various subjects. The school system is currently looking into the program, seeing if it’s feasible to dedicate a lab to it and what the idea would require.

To do that, Cumberland’s Z Space setup has five devices that allow a few students to view as one is in control. Cumberland hopes to be able to expand this to allow entire classes to participate at a time instead of just a few.

Virtual reality is most popular at the moment as a video game experience. Users can put on a headset and be transported into a game rather than watching it on their computer or television screen. For schools, virtual reality works the same way.

According to Jeff Dingeldein, the technology lead for Cumberland County Public Schools, there are many experiences students can have using virtual reality. Anatomy and biology teachers can have students view the bodies of humans and other animals to see how organs work without having to dissect actual bodies. Students can also go under the sea, visit sites around the world and go back in time to see the Roman Colosseum being built.

“The VR lab could provide a hands-on opportunity to explore careers, to virtually visit places outside of the local community, and make connections with learning in the classroom,” said Chip Jones. He serves as superintendent at Cumberland County Public Schools.

The goal here is to give students the same experience that they have in real life. But instead of having to travel to Rome to see the Colosseum, with the plane tickets, hotel rooms and other bills that would involve, everyone can do it directly from the classroom. It also opens up opportunities for hands-on learning that many smaller school districts often can’t afford.

It’s also been shown to have a positive effect on test scores. A March 2019 report by EdTech found that students that used virtual reality in their biology class did better than a class at the same school which didn’t use the technology. That same EdTech report also shows students that studied in 2018-19 in a virtual reality classroom showed “an increase in retention of almost 9 percent.”

Heading up this project is high school senior Jack Williamson. For his senior project, Jack is doing research to find the right computers online to set up this virtual reality lab. He hopes to find ones online at a good price or look into building them himself if needed.

Where does Cumberland County schools stand?

This project is still in its exploration phase as they still need to secure funding and a location for this lab. Luckily, Virginia High School in Bristol has let Cumberland come visit its virtual reality lab as well as provide some resources to help them get started. Depending on how long it takes to get funding and find a location, they hope to have this lab ready by the beginning of the next school year.

“It takes a lot of time to make everything look good and get everything together,” said Dingeldein. “Luckily, Bristol has shared a lot of resources with us so we are able to get one step ahead.”