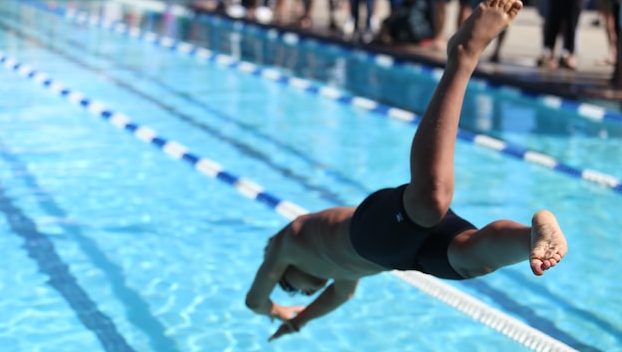 LEXINGTON – The Hampden-Sydney College swim team competed in its first meet of the season, finishing in sixth out of eight groups competing in the men’s events at the Old Dominion Athletic Conference (ODAC) Relays, Saturday afternoon at Washington and Lee University in Lexington.

The hosts, Washington and Lee University took the top spot with 485 points, they were followed by Roanoke College in second with 312.5 points, the University of Lynchburg with 311 points, Bridgewater College with 225 points, and Randolph-Macon College rounded out the top five with 134.5 points. After Hampden-Sydney in sixth was Randolph College in seventh with 30 points and Virginia Wesleyan University in eighth with 11 points.

The team of Hyde, Adams and sophomore Cody Carnes were the only ones competing in the 3×50 Yard Butterfly Relay finishing 16th with a time of 1:19.98. H-SC also had only one team competing in the other 3×50 Yard event which was the backstroke where the team of Rehak, junior Patrick Duffy (Charlotte, NC), and sophomore Quinn Hardimon (Alexandria), placed 15th finishing with a time of 1:24.67.

Hampden-Sydney completed in two more events where it only had one team involved with the first being the 3×100 Yard IM Relay where the team of Rehak, Carnes and Hardimon took 14th place with a 3:05.78. It was followed up by a 17th place finish in the 500 Yard FR Relay by the four-man team of Duffy, Rehak, Brooks, and Hardimon who posted a time of 4:47.52.

The final event of the ODAC Relays was the 200 Yard Freestyle Relay which saw the team of Hyde, Brooks, Duffy, and Carnes finish 15th in a time of 1:37.36. They were shortly followed up by the team of Parke IV, Piazza, Renfrow, and Adams, who finished in 21st with a time of 1:46.27.

The Tigers will switch up to an individual matchup in a couple weeks, when they travel to take on St. Mary’s College of Maryland on Saturday, October 22. The meet is scheduled to begin at 1 p.m in St. Mary’s City, Maryland.