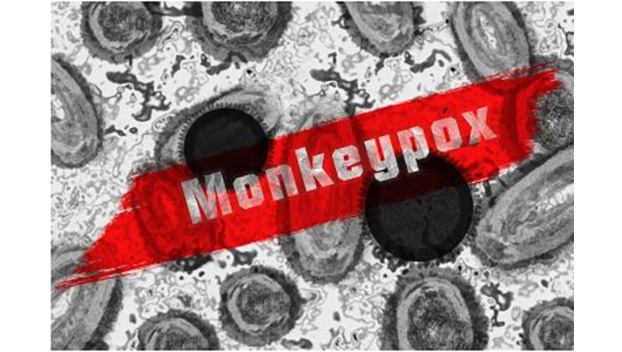 There are more than 5,000 cases of Monkeypox reported in the United States as of Aug. 1, with case numbers rising every day. The rise in cases has caused the World Health Organization to declare the monkeypox outbreak a global health emergency.

Piedmont District Health Director Maria Almond said in a Monday, Aug. 1 interview that growth in knowledge by healthcare providers in how to test and diagnose, as well as more people recognizing the need to seek care, is likely leading to increased identification of cases. But she believes districts still are likely undercounting.

A look at the numbers

According to the Virginia Department of Health, males account for 104 cases, with one case accounting for a female.

Unlike the COVID-19 cases that are released by health districts currently because there is a small number of monkeypox cases, the VDH is only releasing cases by region to protect the identities of those infected.

For all reported close contacts of monkeypox cases, Almond said VDH will monitor their health for 21 days after their last exposure to a confirmed case and, if needed, will coordinate vaccination after the exposure.

“We continue to keep a careful eye on the spread of monkeypox within Virginia,” Dr. Almond said. “Many individuals infected with monkeypox virus have mild, self-limiting disease.”

Currently, there is no treatment explicitly approved for monkeypox virus infections, she explained. However, antivirals developed for use in patients with smallpox may prove beneficial against monkeypox.

Although there is no approved treatment for monkeypox in the U.S., two vaccines, JYNNEOS and ACAM2000, are available for the prevention of monkeypox. They are available through the federal government as post-exposure prevention for people who had close contact with a person with monkeypox and are at the highest risk of exposure.

According to Dr. Almond, the Piedmont Health District is not yet providing vaccination with JYNNEOS, an FDA-approved vaccine effective against smallpox and monkeypox.

“Our nurses do welcome any inquiries from individuals who feel they may be at risk,” Dr. Almond said. “Please call your local health district and ask to speak with the nurse. Within the next week, we will have all processes in place to be able to provide JYNNEOS vaccine to our highest risk individuals.”

Monkeypox is a potentially severe viral illness characterized by a specific type of rash. Rash lesions can begin on the genitals, perianal region or oral cavity and might be the first or only sign of illness.

Co-infection with sexually transmitted infections has been reported. Some patients also have a fever, headache, muscle aches, exhaustion and swelling of the lymph nodes before developing a rash, according to VDH.

Symptoms generally appear six to 14 days after exposure and, for most people, clear up within two to four weeks. State health officials explain that person-to-person spread occurs with close contact, direct contact with body fluids, or contact with contaminated materials such as clothing or linens.

Anyone with symptoms consistent with monkeypox should seek medical care from their healthcare provider immediately, especially those in one of the following groups:

• Those who have had contact with someone who had a rash that looks like monkeypox or someone who was diagnosed with monkeypox.

• Those who have had skin-to-skin contact with someone in a social network who has monkeypox. This includes men who have sex with men.

• Those who traveled to places or attended events where monkeypox cases have been confirmed in the month before symptoms appeared.

• Those who have had contact with household items, such as towels, bedding or clothing used by a person with suspected or known to have the monkeypox virus infection.

• Those who have had contact with a dead or live wild animal or exotic pet from Africa or used a product derived from such animals (e.g., game meat, creams, lotions, powders).