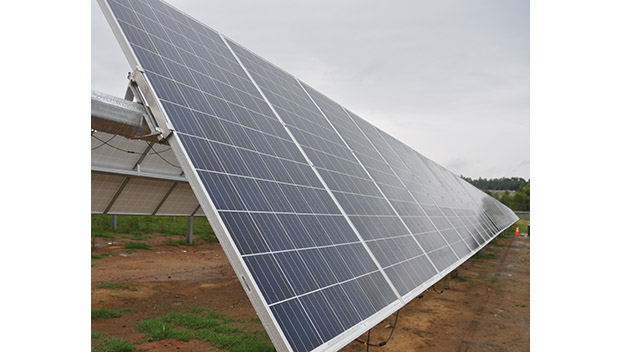 After more than two years of public hearings, lawsuits and negotiations, one of the nation’s most extensive solar facilities is set to make Charlotte County its home.

In a 4-to-2 vote on Tuesday, July 5, the Board of Supervisors voted to approve a Conditional Use Permit (CUP) and Sitting agreement for the 800-megawatt facility proposed by Reston Virginia based SolUnesco.

Supervisors Butch Hamlett and Hazel Bowman Smith cast the only two no votes, with Supervisor Will Garnet abstaining.

SolUnesco plans to sell the facility to Dominion Energy 30 days after the CUP is approved.

The first $500,000 payment to the county is expected to come in October.

Before construction begins, the county will receive $1.5 million in voluntary payments, with $5.6 million to be received in both 2025 and 2026 during construction.

The life of the project is listed to net the county more than $300 million.

During the public comment portion of the July 5 meeting, Phenix/Aspen resident Kathy Liston questioned the company’s “pay to play” tactics.

“I am astounded that Dominion would suggest this and appalled that the county would even consider such a quid pro quo,” Liston said. In fact, given the continued county-wide opposition to the Randolph project and the continued recommendation from the third-party reviewer to deny that conditional use permit – a reviewer hired to look out for the county’s best interests – I feel this goes way beyond a questionable quid pro quo – it is an out and out bribe.”

Liston continued to say the fact that Dominion Energy is taking advantage of a small, rural, poor county by proposing such a questionable arrangement is unconscionable.

“While this offer may or may not be technically legal, shame on you, Dominion Energy, for proposing a deal that certainly does not pass the smell test,” Liston said. “And shame on the Board of Supervisors if they allow this to go forward.”

And go forward, they did on motion by Phenix/Aspen District Supervisor Walt Bailey.

Bailey said that he had visited close to 20 solar facilities and talked with citizens before he made his decision.

According to Bailey, out of 123 people he spoke with in his district five spoke against it.

“I said I would not vote for this until I saw where the equipment would be going,” Bailey said.

“A lot of people think that this facility will take up all 2,900 acres of land, and that is not the case.”

Bailey said that the Randolph Solar Project would consist of 44 different acres of land.

“It is not altogether like people think,” he said. It is a multitude of small projects ranging from 17 to 261 acres.”

Bailey also said that in the beginning, he was not in favor of the project because he felt it was too big, but after learning that it would encompass less than 1% of land in the county and visiting facilities, he changed his mind.

Following the vote, Bailey said that the site would most likely be the most regulated project that the county has.

“DEQ will monitor the project, and there are 45 conditions that must be met,” Bailey said.

Even though the CUP and sitting agreement has been approved, a building permit has not been issued for the project, and that may not come for another two years.

According to the siting agreement, Phase 1 of the project is scheduled to begin in 2025, with a completion date in 2027. Phase 1 will include the construction of 300 megawatts.

The final 200 megawatts are scheduled to be constructed in 2028 with a completion date of 2030.

Of the close to 5,000 acres, an estimated 3,050 acres are within the project fence line, including about 1.66 million solar panels.