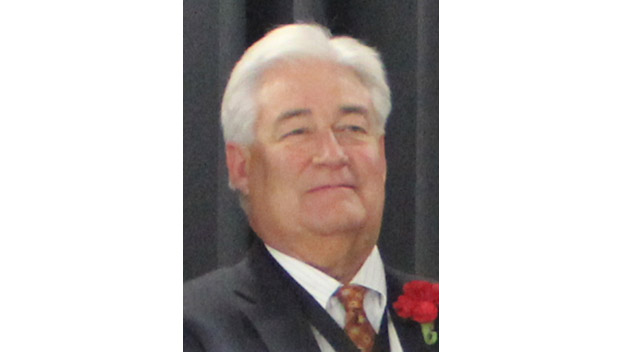 Blessing first started with the 10th Circuit Court in September 2014. He was voted by his peers to be the chief judge when the previous chief judge, the Honorable Kimberley Slayton White, moved on to serve on the state Court of Appeals after being appointed by the Virginia General Assembly.

According to Blessing, the chief position works much like a rotation among the judges, similar to the chairman position on the board of supervisors. However, he is still honored that his fellow judges chose him to fill the position next.

“It’s been rewarding to work as a circuit court judge,” said Blessing. “It is humbling that my peers would choose me to serve in this position now.”

He currently serves with two other justices, the Honorable Stephen Anderson Nelson and the Honorable James William Watson Jr. Together, they handle court cases presiding over the area, including Prince Edward, Buckingham and Cumberland counties.

Being chief judge, according to Blessing, is doing more of the administrative side of things. He assigns territories for other judges and overall makes sure everyone is doing what they are supposed to do.

Even with this new position, Blessing doesn’t want to set himself apart from his peers. He wants to be someone they can have confidence in and give them the aid and assistance they need to serve the area they cover.

According to Blessing, the 10th Circuit Court has had something special since he joined it in 2014. He hopes in his leadership that he can fortify it and maintain the respect and communication that surrounds the judges. He wants to lead with open conversations about how his peers think they should move forward with certain cases and coverage.

“I hope to carry on the good leadership of the judges before me,” Blessing said.

Blessing is a 1973 graduate of Prince Edward Academy. He graduated from T.C. Williams School of Law, the University of Richmond in 1980 and his admission to the Virginia State Bar was in 1980 and he opened his own law firm in Farmville in 1983.