Coach remembered for his humble spirit 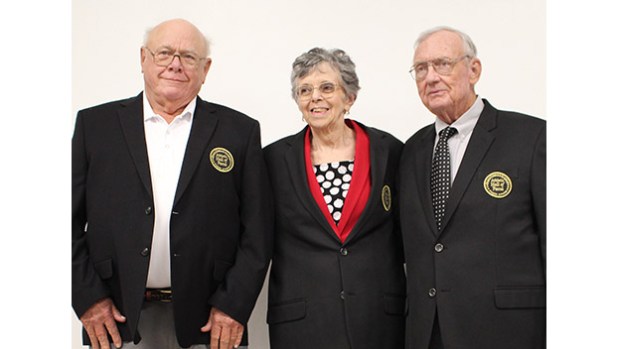 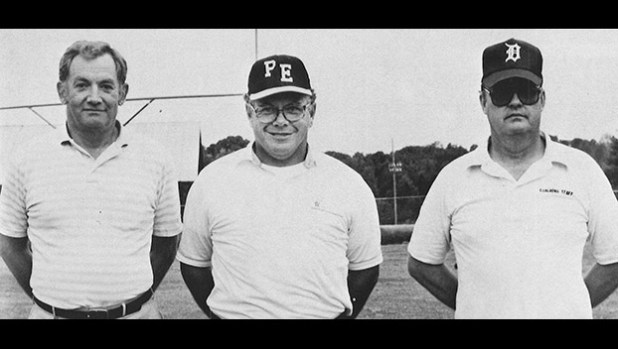 This framed photo of three legends of the fall can be found in Fuqua School’s Gilmer Gym. From left are Coach Robert “Bob” Hazelwood, Coach Lewis “Skeeter” Fore and Coach Walter “Bozo” Addleman.

A Farmville native known for his love of sports and people is being remembered by the many students he coached and helped to succeed on the course, the field and the court.

Fore grew up in a house on the golf course of Longwood University. His father worked at the course and Fore and his brother, Earl, would help out as caddies to professors and others who played. Living on a golf course sparked his love for the sport and he became proficient in it.

“He could have easily played professionally,” his nephew Joel Fore said. “But he couldn’t leave Farmville. He had a commitment to the students, school and community.” Fore helped start the golf team at Ferrum College in 1962, and played as the number one player there for two years. He then played at Lynchburg College for his final two years in college. After graduating, he became a physical education teacher at Fuqua School. There he also taught driver’s education and coached baseball, football, basketball and golf.

“Coach Fore was a pillar and a mainstay here on campus for the past 57 years and words could never truly express the loss we feel or the debt of gratitude we owe to Coach Fore,” said Paul “Chance” Reynolds, Head of School at Fuqua. “I consider myself blessed to have been able to spend some time with Coach Fore. His warm smile, generous heart and gracious spirit will always be a part of us.”

According to Richard Epperson, Fore was an “extraordinarily uncomplicated man.” Epperson played all four sports under Fore in high school and graduated in 1975 before returning as headmaster. He recalls that Fore was cool under pressure, even when it came to championship games.

“He always had a simple and quiet approach,” Epperson said. “Whether in teaching or coaching, he would give an assignment and expect execution while staying calm. He was never boastful or let a moment get too big for him.”

According to Cannon Watson, who graduated in 1986, Fore made school fun. As a football coach, Fore knew how to motivate his players and knew how to put players on a field, winning most of the games.

“We lost very few games,” said Watson. “He knew how to get you excited to play and reminded you how lucky you were to get to play. He was a guy you didn’t want to disappoint because you knew he put his all into everything he did.”

Since Watson also played golf, during some physical education classes Fore would have him sit to the side after competitions and talk about the game. According to Watson, Fore remembered every single hole he ever played.

Fore was inducted into the Ferrum College Alumni Sports Hall of Fame for gold in 2013. He also was inducted into the Prince Edward Academy/Fuqua School Athletic Hall of Fame along with his assistant football coaches Walter “Bozo” Addleman and Bob Hazelwood on Jan. 15, 2022. According to Epperson, Fore would have Addleman and Hazelwood share their expertise and strengths.

Fore married his wife, Nora, later in life. She also worked as a physical education teacher at the school and coached softball and basketball. According to Watson, the two were always at the school either coaching or watching a game and supporting the students.

“He never had children of his own, but he also had hundreds,” Epperson said. “That’s the kind of man he was. He was a real father figure to the students lucky enough to have him as a teacher or coach.”