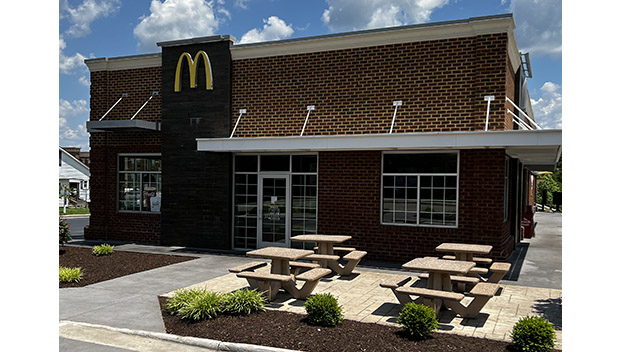 The McDonald’s location on Main Street in Farmville is under new ownership.

Effective Monday, May 16, all four McDonald’s stores owned by Russell Enterprises are owned by The Welburn Organization.

Russell Enterprises owned four McDonald’s restaurants, including on South Main Street in Farmville and on Buckingham Center Drive in Dillwyn. The other two locations are in Madison Heights and Appomattox.

Russell Enterprises, owned by Fred Russell, has been in Farmville for nearly 40 years and is passing the torch to another company.

“We are very excited to operate in Virginia,” said Oscaletta Pullom, director of human resources with The Welburn Organization. “We’re excited to work with new people and a new team.”

The Welburn Organization is run by Andrew Welburn and his wife, Jillian. Starting in 2015, they worked their way up to owning five locations in Southern Maryland. Then, they expanded to nine locations in North Carolina and put their headquarters in Durham. Now, they have expanded with the four locations in Virginia, bridging the two states where they were already operating.

Part of the organization’s mission, they said, is to grow and bring opportunities to new locations. Both of the Welburn’s parents are owners/operators of McDonald’s franchises in the Washington, D.C., and Maryland area, making them the second generation of owners and very familiar with the business.

According to Pullom, even though these locations are under new ownership, guests can expect to see the friendly faces they are used to as they intend to keep the same employees. They plan on implementing their mission to “inspire people, impress their guests and impact their community with integrity.”

According to Pullom, The Welburn Organization is excited to see how it can get involved in their new communities. At its home location in Durham, Wellburn partners with the local Boys & Girls Club, police department and public schools.

“We’re very excited to get hands on in the community while working in Virginia,” said Pullom.