Golf course to close this summer 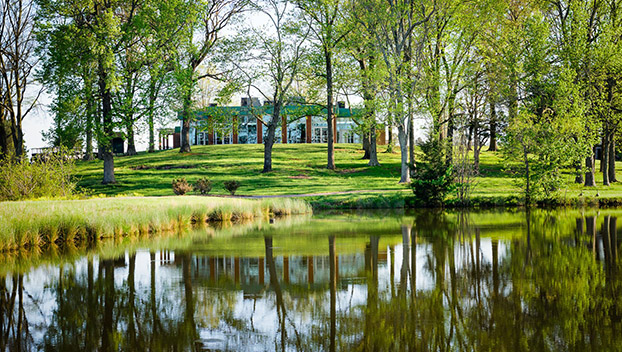 A look at the Farmville Municipal Golf Course.

The Farmville Municipal Golf Course is scheduled to close its gates on Thursday, June 30.

The Farmville Municipal Golf Course is located at 36 Wedgewood Drive in Cumberland County, right outside the Farmville Regional Airport. The nine-hole golf course is open seven days a week and offers par 70 courses, a putting green, a complete practice facility with a driving range, a chipping area and a sand bunker.

During the Wednesday, April 13 Town Council meeting, Town Manager Dr. Scott Davis announced that with the fiscal year budget for 2022 to 2023, the golf course would be closing to keep the budget balanced.

“Over the past six years, the golf course has lost over $1.5 million,” said Farmville Mayor David Whitus. “The council has wrestled with this loss for a number of years and ultimately decided the only way to stop the ‘bleeding’ is to close or sell the golf course. Both options are being pursued.”

According to Davis, the golf course has been subsidized for the past five or six years to keep it running. However, while acknowledging it is a great asset for the citizens of Farmville, it is not a “core service for every resident” in Farmville. The golf course is also used more by out-of-town visitors than Farmville residents, which became one of the reasons to close the course.

Some of the core services this money will go towards are creating a combination fire department, having more recreational programs and enhancing equipment used by the town for core services, including replacing rusting dump trucks and putting a new bed on a street sweeper.

Even though the golf course is closing, the Farmville Golf Course Banquet Room will still be kept up and operational. The Banquet Room is a gathering hall on the grounds that residents can rent out for weddings, banquets, family reunions and other events.

Due to July 1 starting the new fiscal year, June 30 is planned to be the last operational day for the Farmville Municipal Golf Course.