Board provides support to police department 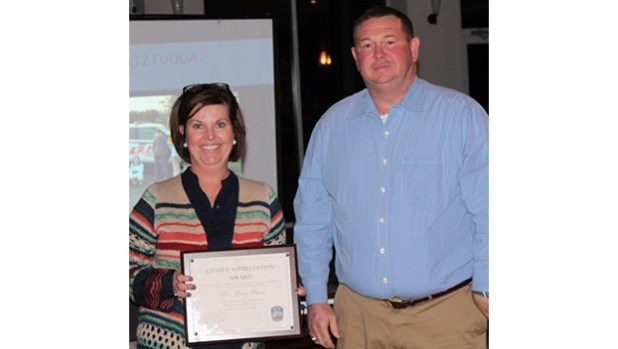 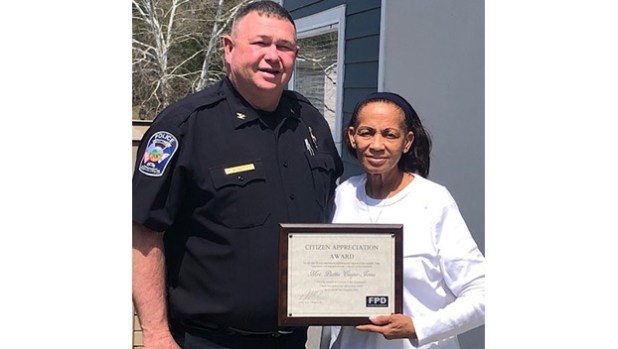 With so many Farmville residents interested in the police department, there’s an opportunity to get more involved.

The Farmville Police Department holds a yearly Citizen’s Police Academy. This is a nine-week course started in 2013 and teaches the basics of what police do. Participants can meet officers, ride along a patrol and more.

Many people after taking the class expressed interest in more. So, the Farmville Police Department created an advanced class. This six-week class has participants take all the knowledge learned from the basic course and put it into action with a mock case ending in a mock trial.

With folks still interested in more, in 2016 they started the Citizen’s Advisory Board. This board serves as a support function for the Farmville Police Department. Members coordinate goodies for National Police Week in May, are assigned an officer to recognize on their birthday and work anniversary and provide any support the officers need. This includes bringing meals when they’re doing long hours on a scene and can’t step away.

“I’ve talked to a lot of officers from other agencies and new hires who when they find out about the board are taken back by the shown support we have,” said Lieutenant C. W. Moss, Special Operations Division with the Farmville Police Department. “It’s been a tough time in law enforcement the past couple years and having someone give you a gift and are thinking enough about you to show appreciation is just unreal for us.”

The Citizen’s Advisory Board helps out with different events including National Night Out, Blue Christmas and making meals for classes. According to Moss, the Board has some retired members, but most still work full time. He asks for them to turn in their receipts when buying meals or other ways they help out, but they never do.

“I think the main reason (for the board) is support for our officers in a way that gives them the honor and respect they deserve,” said Ann Miller, a member of the Citizen’s Advisory Board. “The Advisory Board as a whole is ready, willing and able to help with any project or request… I personally feel privileged to be a part of this group who are able to interact with our esteemed officers.”

The Board also sits on interview panels when the Police Department considers new hires or promotions. This helps the police department get community input which helps them better serve Farmville.

“I joined this board after completing both citizen’s police academy classes only to realize I wanted to do more to assist the Police Department in upholding their mission to provide a safe and secure community through excellence in public service,” said Brandon Clark, member of the Citizen’s Advisory Board.

“As an advisory board member, I am able to see and participate in how the police department upholds this mission…I’m proud to say I’m a part of this board and more importantly proud of the entire Farmville Police Department and the way they establish, maintain and enhance community partnerships.”

According to Moss, being on the Board is not very demanding as they meet monthly or quarterly depending on if there is something they need to meet extra for. Due to COVID-19 canceling the past couple of advanced classes, anyone who has gone through both or just the first can express interest.