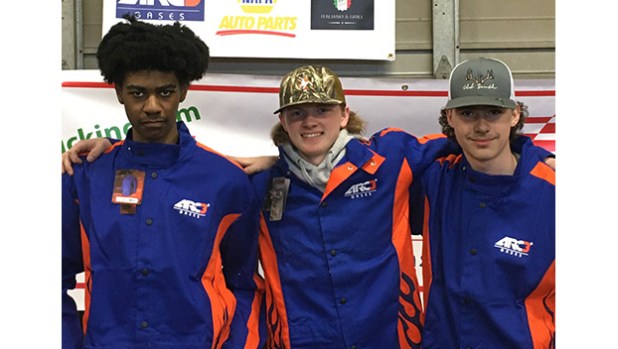 Jacob Palmore, Javon Baker and James Falvella won first place in the SkillsUSA District2 Welding Fabrication Contest and will move on to the state competition in April at Virginia Beach. 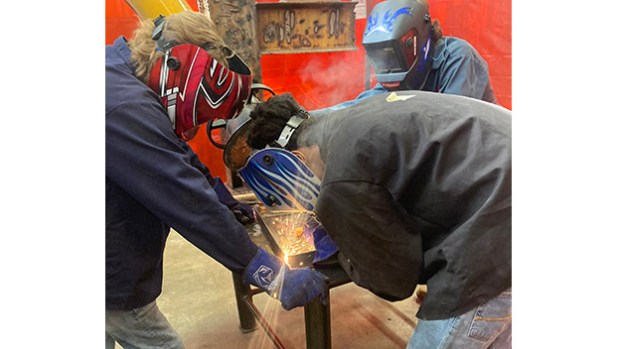 Jacob Palmore, Javon Baker and James Falvella won first place in the SkillsUSA District2 Welding Fabrication Contest and will move on to the state competition in April at Virginia Beach.

Buckingham High School won first place in a district competition and is now preparing to go to state next month.

This competition had teams from across the district, including Buckingham High School and The Academy at Virginia Randolph in Glen Allen. The students who participated had to be in good academic standing in order to participate.

“The competitions have them build something we can use or need in the shop,” said Chris Walter, welding instructor and SkillsUSA Adviser at Buckingham CTE. “We’ve actually used the table in the shop a few times already this week, so it’s not something random that will go to waste.”

Buckingham placed first and third in the competition. The first place team will advance to the SkillsUSA Virginia State Conference and Championships that will take place in April in Virginia Beach. Members of the teams are Jacob Palmore, James Falvella and Javon Baker, who placed first, and Tyler Padgett, Ethan Martin and Scott Austin Jr., who placed third.

Buckingham has never made it to nationals, but according to Walter, this year’s team has worked very hard and will do great representing the county at the state competition.

“We just met with the contestants yesterday and they are preparing and excited to go to states,” said Walter.