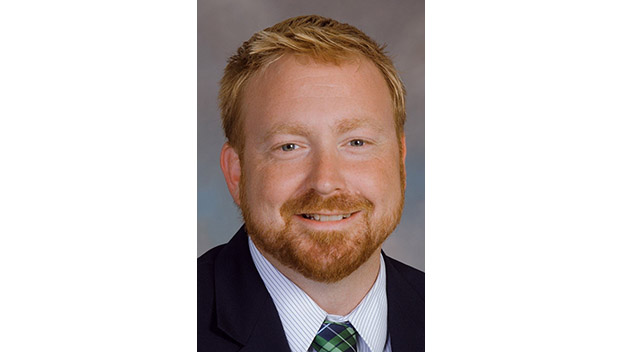 Cumberland County has a new county administrator who says he’s ready to bring his experiences to help Cumberland create a bright future.

Derek Stamey officially joined Cumberland County on Feb. 1. He currently lives with his wife, Mellissa, and three children in Goochland, where he served for most of his career.

Stamey is taking the place of Don Unmussig, who served as Cumberland County’s administrator from July 2019 to July 2021. Unmussig left at the end of July 2021 to pursue a role with the Virginia Department of Military Affairs.

Stanley has spent 18 years in local government and served in three separate capacities in Goochland as director of parks, recreation and facilities management; deputy county administrator; and as the interim county administrator. Some of his accomplishments there include acquiring Goochland’s AAA bond ratings, refinancing and restructuring debt and developing multiple plans, including the 25-year public facility master plan and the commonwealth’s first 25-year capital improvement plan. He was also responsible for Goochland’s capital constructions, which innovated the Central High School complex into an arts center, agricultural center and athletics complex.

“I have a passion for public service and in leading teams and I am humbled to be afforded this opportunity,” Stamey said. “Throughout the recruitment process the Board of Supervisors were very welcoming and it felt like home to me. Serving in a smaller, rural locality allows you to be involved in so many different facets of the organization and you can get a true tangible sense on what the team is accomplishing and how you are working with the board to address their priorities for the county.”

During his time in local government, Stamey’s teams were recognized over 17 times for excellence by the Virginia governor’s office, Virginia Commonwealth University’s Wilder School of Government and Public Affairs, and multiple state and national parks and recreation agencies.

“I bring a track record of success from another rural locality that is just across the river from Cumberland and I feel strongly about the county’s future given the enthusiasm and perspectives of the Board and the commitment and capabilities of county staff,” Stamey said.

Stamey earned his Bachelor of Science degree and a Master of Public Administration from Virginia Commonwealth University. He also earned a graduate certificate in Executive Management and Leadership from Liberty University. He is currently pursuing a doctorate in public policy at Liberty.

“I have had an opportunity to meet with many residents, organizations, and other county officials,” he said. “Everyone has been very welcoming and I am excited about building and maintaining great relationships with our Public Safety officials, constitutional officers, and the school system. The future is bright.”