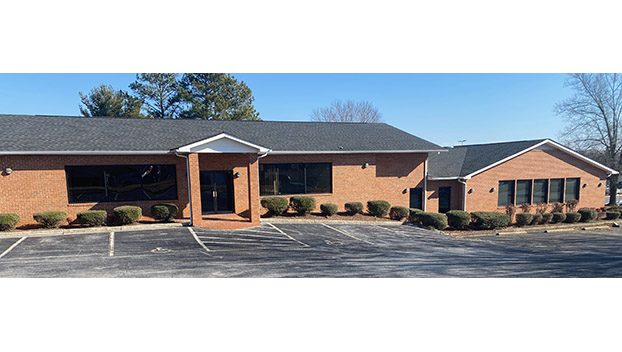 The building at 1506 South Main Street will soon be the home of two restaurants combined.

A local pizzeria is moving locations and getting an expansion to better serve the folks of Farmville.

Pizza World has been at its current location at 237 Sunchase Boulevard for the past five years. The restaurant is now waiting for remodeling to finish at its new location at 1506 South Main Street.

“This new location is going to put two restaurants under one roof,” said Danny Teachey, who co-owns the restaurant with his wife. “Now, we will have more room and more visibility.”

This new location will combine two restaurants in one. One side will be a diner that will serve Southern favorites. It will also have a big breakfast menu, according to Teachey, there are not too many places to get a sit-down breakfast in Farmville. Hopefully, this part of the restaurant will be ready to serve up food at the beginning of March.

The pizza side is planned to be done by the beginning of the summer. The new location will have a more extensive menu, an expanded area for kids and an added bar. This newer and bigger location will give the folks of Farmville another place to sit down, eat and catch up with neighbors.

“We’ve been at the other location for five years,” said Teachey. “We have a very loyal customer following, and we hope that they will follow us to the new place.”