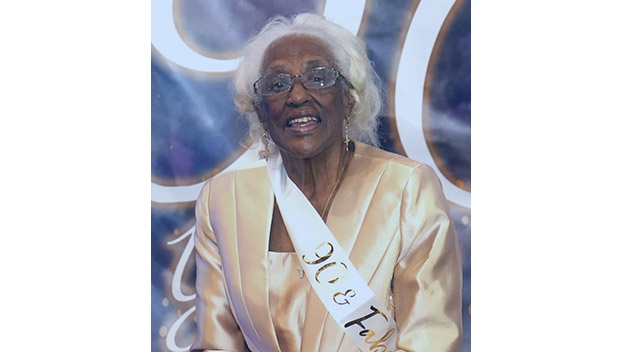 As most adults retire in their 60s, one community member is still going strong 30 years past.

Gearl Reid celebrated her 90th birthday in October. She is known in the Farmville community for her numerous businesses. Even though she is not as active as she used to be, Reid still keeps busy, making her one of, if not the, oldest businesswoman in Farmville.

“The Lord allowed me to see 90 years,” said Reid. “I still have purpose I guess. I keep going and doing what I can. Helping where I can.”

In all of her business endeavors, Reid was always the owner. She opened Gearl’s Beauty Salon that kept Farmville in style for over 50 years before closing in 2015. She opened the salon after being mentored by her aunt, who had one on Main Street. Reid enjoyed her time there visiting with the regulars who came in and making sure they looked good. According to her grandson, Warren Reid, many local beauticians credit Gearl for their start in the beauty industry. She encouraged many of them to go to school and create their own businesses.

Along with the salon, Reid was co-owner of Bland-Reid Funeral Home with her husband, Warren Alfred Reid. Her husband started at the funeral home as an apprentice under James Bland. After Bland passed in 1952, he gave ownership to the Reids. After her husband’s death in 2006, Reid became the sole owner of the funeral home and took over the business. She has now passed along the family business to her daughter, Jacquelyn Reid, and grandson, Warren Reid, although she occasionally still works funerals from time to time.

“She and my grandfather were the definitions of entrepreneurs,” said Warren Reid. “It was always about the opportunities of others. They could create a business from anything.”

From the funeral home came Reids Rentals LLC and Reids Insurance Agency. Unfortunately, the insurance agency is no longer around. However, Reid is still managing the books for the rental agency that owns eight homes in Farmville.

Along with their businesses, Reid and her husband have impacted the community with their generous spirits. Before his passing, her husband started the tradition of bringing Christmas bags to the elderly. Reid still encourages their staff to continue on the tradition.

“I hope that the business continues to thrive for as long as it can,” she said. “We do a lot in the community, so I want to see that continue.”

Today, Reid enjoys working in her garden, working around her home and entertaining friends. Until 2018, she enjoyed driving around in her fire red Ford F150. Now that she no longer drives, she enjoys being driven around. But, most of all, she is still making the most of her time doing what she loves with the people she loves.