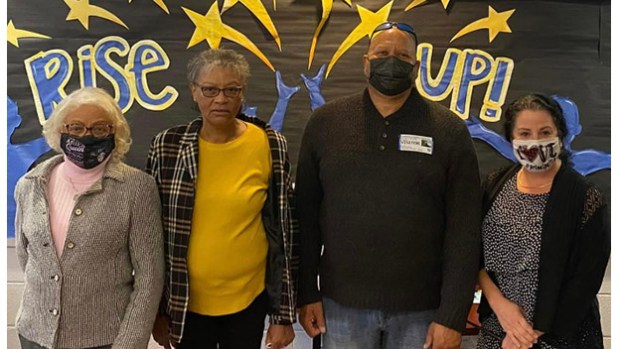 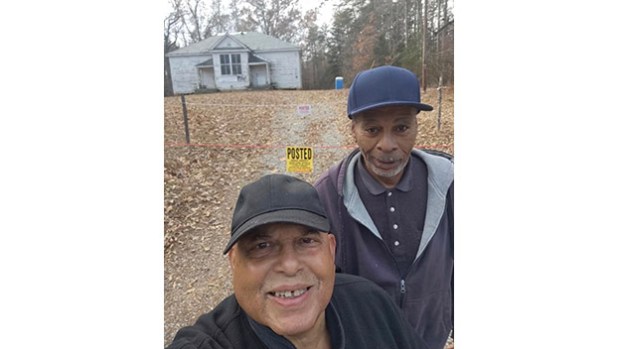 On Dec. 2, there were two teams of former Pine Grove School Alumni who participated in the Betty G. Scales Day of Service.

On-site at Pine Grove School, Michael Scales solicited another AMMD Pine Grove Project member and Pine Grove School Alumni, Lloyd James, to assist him in putting up locked and posted, “No Trespassing” barriers at the school entrance. The gentlemen donated their time and materials to compete the task.

Installing this barrier and posted signage was to help ensure the safety and security of this designated State and National Historic Landmark and one of America’s 11 Most Endangered Historical Sites — the Pine Grove School. LLoyd and Michael’s voluntary service resulted from a chronic history of trespassers, oftentimes hunters. The duo felt that the trespassing was not only disrespectful to these privately-owned grounds (by the AMMD Pine Grove Project), but was overall illegal. The organization, alumni, and the community alike are extremely protective of this irreplaceable historic landmark, built by Black community members and opening its doors in 1917.

Pine Grove School is one of very few Rosenwald Schools still standing, of the hundreds of Rosenwald Schools built in the early 1900s so that African Americans could receive an elementary education. The school architectural designs and ideas were spearheaded by the late Dr. Booker T. Washington and he partnered with Julius Rosenwald to spark the movement.

AMMD Pine Grove Project was thrilled to learn of the Kindergarten Team service project of collecting canned goods and other non-perishable food items. The organization “adopted” the team to contribute to help their cause to collect and donate items to a local food bank.

Community engagement is one of the pillars of the organization and service has always been a culture within the families of the Pine Grove Community.