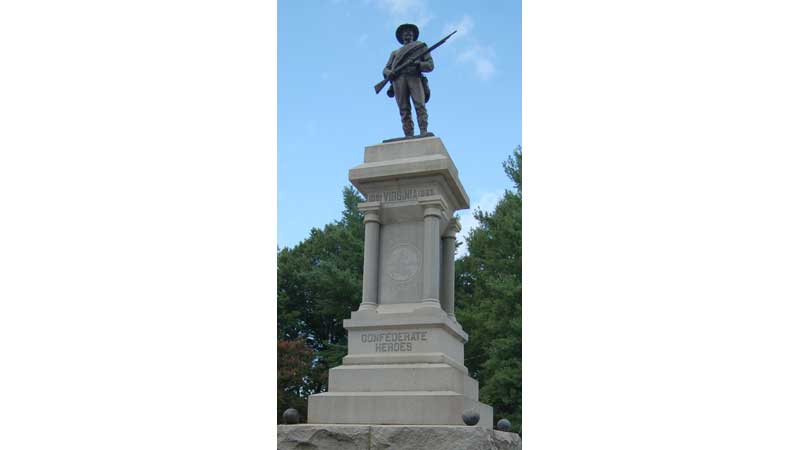 In Charlottesville, statues of Robert E. Lee and Stonewall Jackson were taken away on flatbed trucks this month. In Richmond, a dozen Confederate statues have been removed in the past year, and the legal wrangling over the ordered removal of the Robert E. Lee statue in Lee Circle continues. 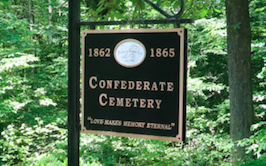 Members of the Farmville Town Council said
citizens on both sides of the Confederate statue
discussion have mentioned Farmville’s Confederate
Cemetery as a compromise location. The
cemetery is located at 205 Jackson Ave. (Photo by Titus Mohler)

Yet in Farmville, the Town Council is moving toward re-erecting its disassembled Confederate statue. The council approved the opening of bids to make sure a site in the town’s Confederate Cemetery could be used for the statue that once stood on High Street.

While the project, estimated to cost up to $100,000, is a compromise plan by the council to relocate the statue in the town’s Confederate Cemetery, the nationwide perception of the project will likely not be a favorable one.

A municipality in Virginia putting up a Confederate statue anywhere, for any amount of money in 2021 will certainly not present a positive image of the town. Toss in the fact that this is Farmville, which is already historically-challenged when it comes to race relations, and the look just gets worse and worse.

It’s time for Town Council to reexamine this issue and decide if re-erecting a Confederate monument in 2021 is really the right thing to do.

How long are we required to honor Confederate soldiers who, at the very best, made a poor choice? It’s been more than 150 years since the south lost the Civil War. Why should this generation be required, to maintain the misguided heritage of past generations like a useless antique piece of ugly furniture?

Farmville is ready to move forward. All this statue issue does is remind us of a past when the town made misguided choices and repeatedly found itself on the wrong side of history. This could be another one of those situations where a poor choice puts Farmville in an extremely bad light yet again.

Farmville’s future is in another statue whose path is ironically running parallel to the town’s Confederate statue.

The Barbara Rose Johns statue that will soon represent Virginia in Statuary Hall in the U.S. Capitol tells the story of a Farmville student who saw beyond the status quo, imagined a better day for herself and her fellow students and sparked a movement that changed education in America as we know it.

This is the Farmville we should embrace. A town that acknowledges its failures of the past, recognizes lessons learned and celebrates the promise of a future of equal opportunity for all.

We have much progress to celebrate and great hope in what we can become, but we cannot move forward as a society while we continue to hold onto and celebrate the relics and symbols of past failures.

Your turn — Changes for the new year

Opinion — Dr. King’s Legacy and the True Goal of Education

Opinion – School Board is holding all the cards