EMT looking to make a difference in lives 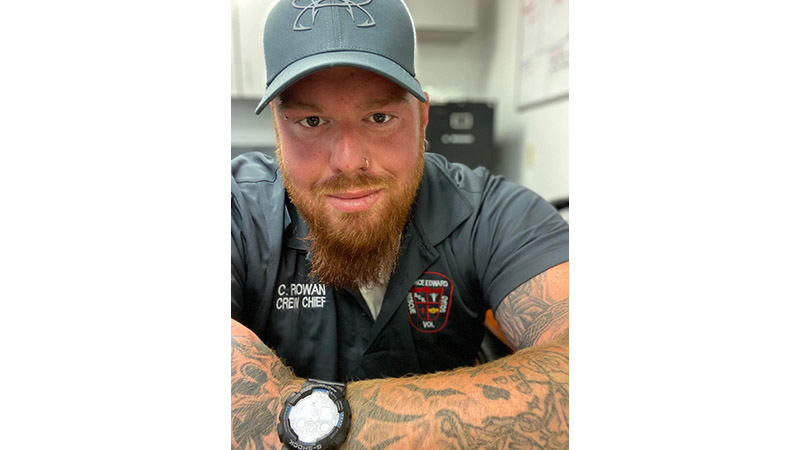 Prince Edward Volunteer Rescue Squad’s Staff Member of the Year loves to help people when they are having their worst days. Just don’t ask him to sing.

“I have absolutely no musical talent whatsoever,” Chris Rowan said in response to a question about what others may not know about him. “I’ve tried to play instruments before, turns out I can’t quite sing nor play guitar as well as I had hoped. I’m going to keep trying though. One day I might be able to play a chord or carry a tune.”

Rowan, 31 of Farmville, may not be playing at the Grand Ole Opry any time soon, but for the patients he helps as a shift crew chief for the Prince Edward Volunteer Rescue Squad, a peppy tune is likely the last they are looking for when Rowan arrives at their door.

“Working in EMS gives me many ways, almost daily, to touch people’s lives and engage in the community. Me and the crew members here are always there in case of an emergency, and are often there to help people on one of their worst days,” he said.

Rowan said one of the best parts of his job is making a difference in a patient or child’s life. He said kids asking him to sound the siren or turn on the flashing lights of the ambulance are the things that keep them going.

“When you are able to assist someone in finding resources to improve their quality of care or any other burden they may be dealing with, it is a rewarding feeling,” he said.

Rowan said when he is not responding to medical emergencies, he enjoys spending time with his family.

“My family means everything to me, so I spend as much time with them as I can,” he said.

Rowan said his goal for the future is to be better — a better provider, a better father and just simply better.

He said he believe everyone is a superhero in their own right.

“Loving what you have and sharing that with others makes you a superhero,” he said. “Be yourself and do your best, and you will always be a superhero in someone’s eyes.”