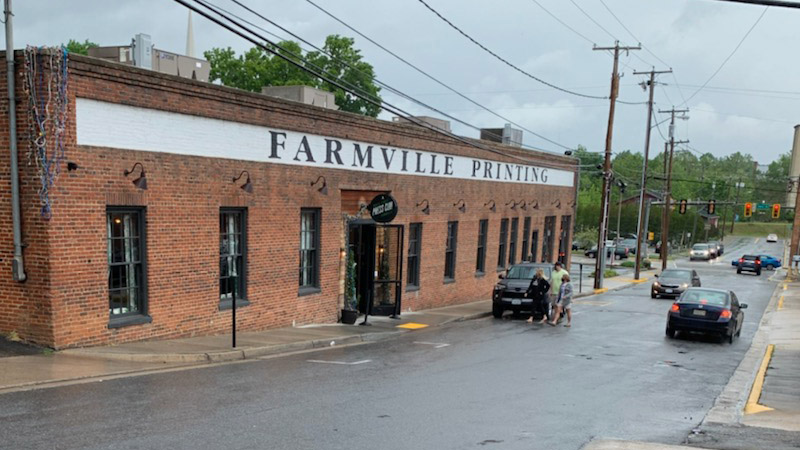 After a 4-2 vote, Farmville’s Town Council approved a recommendation from the Infrastructure Committee to change North Street to a one-way street from West Third Street to High Street.

Traffic will move north on the street, up the hill, from West Third Street to High Street.

In June, council referred the issue of traffic on the street with the Weyanoke Hotel, the North Street Press Club and The Farmville Herald back to the Infrastructure Committee after a resident complained about the changes and asked the committee to consider eliminating parking on the street as another option.

Paul Hoffman of West Third Street told the board the problem was the narrowing of the street where metered on-street parking is allowed in front of The Farmville Herald.

“What you get is people are afraid of the parked cars and they tend to take their half out of the middle. You might have to wait for the other vehicle to pass about four parking spaces before you can proceed,” Hoffman said.

Still, the committee sent basically the same recommendation back to council after reviewing the issue again.

Thomas Pairet, who chairs the infrastructure committee that came up with the proposal, said the group looked at the situation from the point of view of a pedestrian the second time they considered the issue.

“From a safety aspect of crossing North Street, if you have traffic all going one direction, you only have to look one direction for that traffic,” Pairet said. He also said the curved corners at the intersection of North and High streets made right turns off High Street difficult without encroaching into the far lane. “We felt like it would be conducive to force traffic to come up the street instead of go down the street, helping with the safety issues as well as the flow of traffic.”

Two councilmembers were not convinced the one-way solution is the correct remedy.

“I’m not convinced that we are solving a problem and creating more,” Councilman Greg Cole said while saying he could not support the change to a one-way street. “Especially when school is in session, you’ve got more traffic heading up High Street possibly, you are going to have more backup on Main Street with those red lights. I think we are just creating more problems than it’s worth.”

Councilman Donald Hunter asked if the committee took a look at eliminating the on-street parking, especially after business hours.

Cole and Hunter voted against the change with Pairet, Dan Dwyer, Chuckie Reid and Brian Vincent voting in favor of making North Street one way. Councilmember Sallie Amos was not present at the meeting.

Council did not say when the switch to a one-way street would take effect.