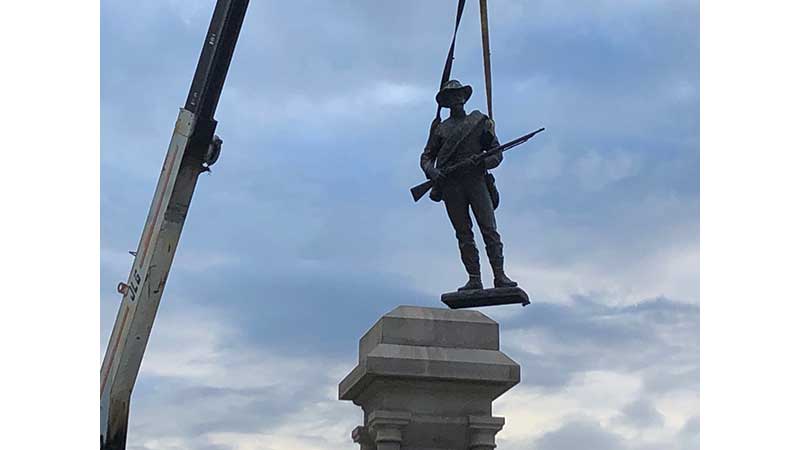 In May, Town Council unanimously authorized Town Manager Dr. Scott Davis to have the town surveyor look for a suitable location at the town-owned Confederate Cemetery where the statue could be relocated.

The board will likely hear the results of that analysis and could take another step toward deciding the fate of the statue more than a year after the seven-foot bronze Confederate soldier atop the concrete pedestal on High Street was hastily removed due to public safety concerns Thursday, June 18, 2020. The figure from the statue has remained in storage since that night, while the concrete pedestal remained at its location at the intersection of High and Randolph streets.

Many of those who spoke during an August 2020 public hearing on the future of the statue indicated the Confederate Cemetery off Jackson Avenue would be a good compromise location.

So far, Town Council has not heard any estimates on the cost to move and reassemble the statue at a new location.

The Farmville statue was one of 71 Confederate statues or markers removed in Virginia in 2020.