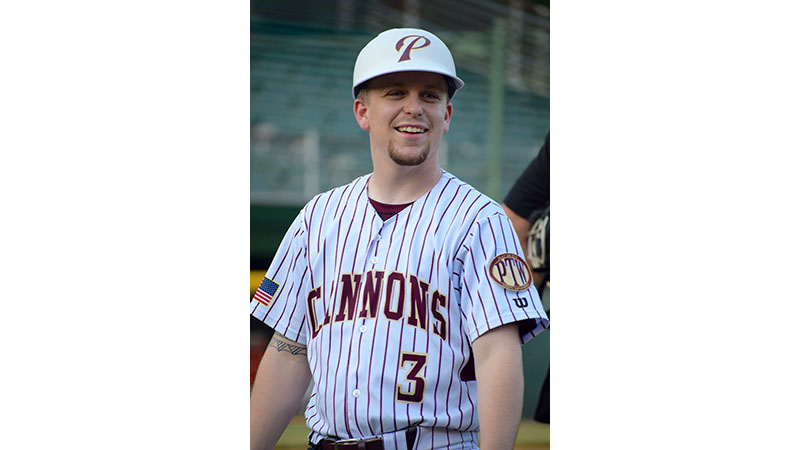 Hampden-Sydney College graduate Ridge Fuller is making a name for himself in the sports world but says Farmville is where he misses the times he shared with his college friends.

“I loved the college atmosphere of the town and the surrounding areas,” Fuller said. “I miss the people and the times I had with my college buddies. You never forget how the most mundane nights turned into great stories we will share for the rest of our lives.”

Currently, Fuller lives in Cross Junction where he works as vice president of Banshee Motorcars, Ltd, all while serving as the president of baseball operations for the Purcellville Cannons.

According to Fuller, the non-profit organization is a summer collegiate league.

“We have had over 100 guys sign professional contracts post-playing for us—with two major leaguers in Ryan Yarbrough and Austin Gomber,” Fuller said.

During his time in Farmville, Fuller said one of the things he enjoyed was having his family visit and show them around the town.

“We would walk around town and go to the various restaurants like Charley’s Waterfront and Walker’s Diner,” he said.

Fuller says he credits his success to both the education he gained while at Hampden-Sydney College and the work ethic he learned from both his father and grandfather.

“I really credit my time in Farmville and Hampden-Sydney for preparing me for the various things I have attempted in life,” Fuller said. “It was a time I cherish and hope one day to see my son attend college at Hampden-Sydney as well.”

Today, Fuller enjoys spending time at home with his wife Brittni and their children Revan and Larkin during his free time.