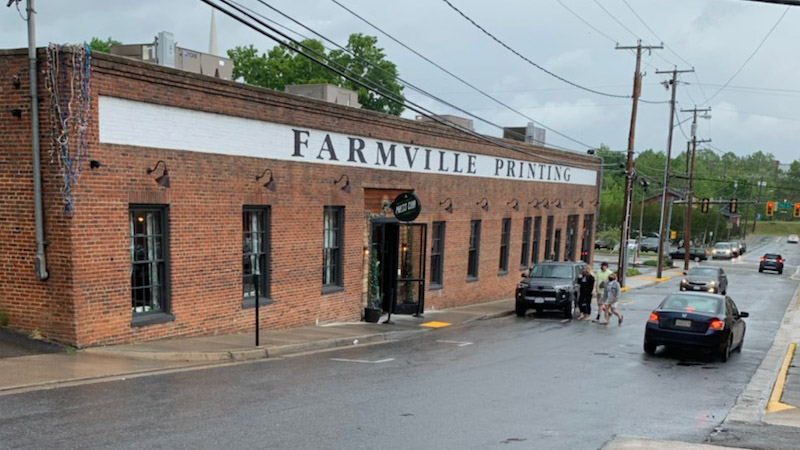 Farmville’s Town Council decided to look at other options for North Street after hearing from a resident and business owner about the proposal to change part of the street to one way during the Wednesday, June 9 council meeting.

During its May workshop meeting, the Town Council sent the issue to the infrastructure committee after hearing complaints from business owners about traffic congestion on the street. The street is home to the North Street Press Club, The Farmville Herald, several downtown apartments and the service entrance for the Hotel Weyanoke.

Paul Hoffman of 215 West Third Street said making North Street a one-way thoroughfare is a solution looking for a problem.

Speaking during the public hearing on the issue, Hoffman said the traffic that comes with the popularity of the North Street Press Club is a problem many towns would love to have. He explained the real problem with the street, in his opinion, comes where the street narrows in front of The Farmville Herald building.

“What you get is people are afraid of the parked cars and they tend to take their half out of the middle. You might have to wait for the other vehicle to pass about four parking spaces before you can proceed, Hoffman said.

He said he regularly drives the street and has rarely had to wait on a car to move through the street.

“It just doesn’t happen very often,” he said. “It’s mostly just people nervous about the parked car and the narrowness.”

Hoffman suggested painting a line down the center of the street to keep cars from driving in the middle of the street or take away the four parking spaces across from The Herald to reduce the bottleneck.

“There have been a number of comments and letters that have been written,” Whitus said.

Council agreed to have the infrastructure committee for additional study. The committee is  chaired by Councilman Tom Pairet.