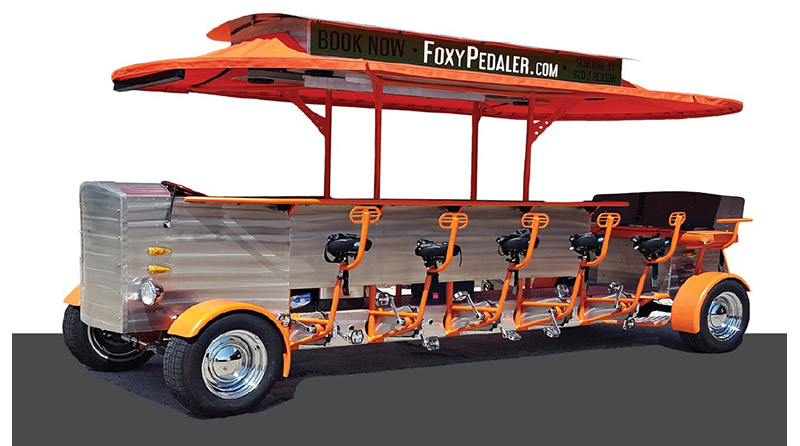 WayFast Delivery owner Jacob Jamerson has expressed interest in creating a party bike business in the Town of Farmville. Pictured is an example of what such a vehicle might look like.

The ordinance that is the subject of the public hearing during council’s regular May meeting was formerly the section governing taxi cabs but will be amended to include all vehicles for hire. A section on party bikes has been added that allows the town manager to regulate such items as routes, operating times and required safety equipment for the party bikes.

The party bikes, which have gained popularity in cities such as Nashville and Roanoke, allow customers to pay a fare to hop on board as a conductor steers them to the destination while the riders help pedal to propel the vehicle through the town streets.

The Roanoke City Council unanimously agreed to allow party bikes in December of 2020. The Star City Cycle Pub is currently selling two-hour rides with up to 14 people for $350. Jamerson said in an earlier story he planned to sell seats for hour and a half rides from $20 to $25 per rider.

The public hearing will be held at 7 p.m. at Farmville Town Hall.