H-SC grads urged to ‘do the right thing anyway’ 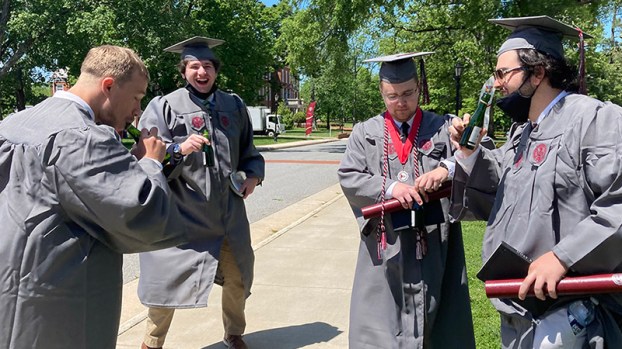 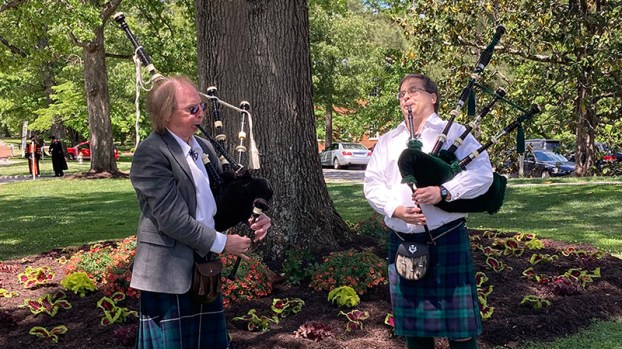 The graduates were led out of the graduation ceremony by two bagpipe players to the Brown Student Center where small bottles of champagne awaited. 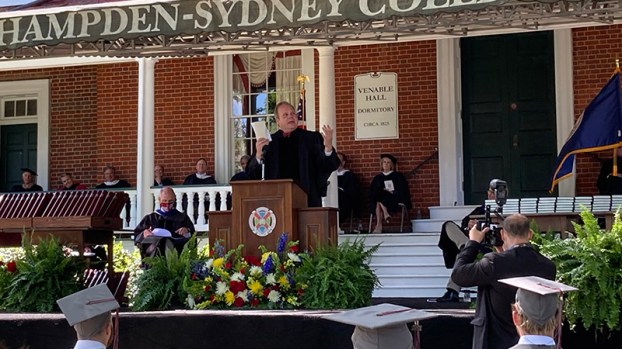 Hampden-Sydney alum and commencement speaker Chris Stirewalt challenged the graduates to do the right thing no matter the consequences. 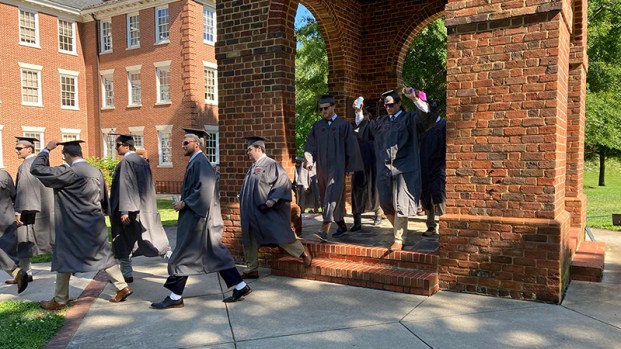 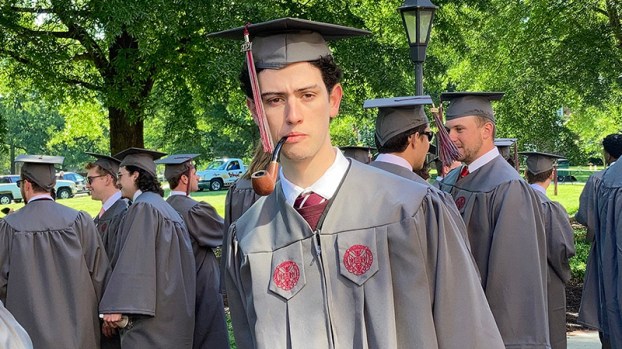 Keifer Pfister smokes a pipe while waiting to line up for Saturday’s graduation ceremony in front of Morton Hall. 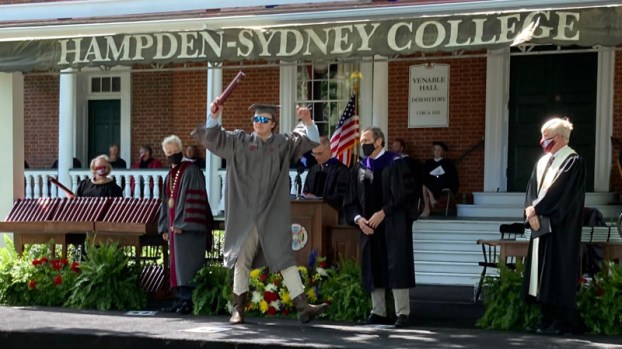 Hampden-Sydney College’s Class of 2021 gathered in front of Venable Hall last Saturday, May 8, with family and friends. They heard the wisdom of a distinguished alum, saw two of their classmates commissioned into the U.S. Army and mourned a classmate who was not with them before taking degrees rolled in a scarlet tube along with a new Bible and marched into a new world filled with hope and promise behind two bagpipers.

In all, 195 students earned bachelor degrees. Another 24 students, who will finish up their studies this summer, were also recognized.

The commencement message came from Chris Stirewalt. The resident fellow at the American Enterprise Institute, contributing editor and weekly columnist for The Dispatch and author of “Every Man A King, A Short Colorful History of American Populists,” is probably better known for his former role as the political editor for Fox News Channel.

The Hampden-Sydney graduate in history was a defender of the network’s decision to project Joe Biden as the winner of Arizona on election night. He was fired from his position with Fox January 19.

Although Stirewalt did not address his election night experience and the aftermath directly during his first-ever commencement address, his thoughts on it came through clearly.

“You will always face these challenging times. It will always be hard for this country, and you should do the right thing anyway,” he told the graduates. “You should be a good man, and you should be a good citizen anyway. It won’t always be easy. You won’t always get promoted, and sometimes you might even lose your job. Sometimes a bad thing might happen to you for doing the right thing.

The graduates also celebrated the commissioning of Riley Carrigan and Douglas Mendoza. Both will enter the Army as Second Lieutenants.

The ceremony remembered a senior lost in a tragic car accident January 30 on Abilene Road. Thomas Salamon of Frederick, Maryland was killed in the crash. The college presented his mother, Carolyn Salamon, with an honorary Bachelor of Science degree in her son’s honor.

The graduation ceremony was the second in three weeks for the college. The college’s 2020 graduates were belatedly honored April 24 after their ceremony last spring was postponed due to the COVID-19 pandemic.