With an eye toward setting aside money for a growing list of capital projects, a majority of the Prince Edward Board of Supervisors settled on a 47-cent tax rate for the 2021-22 budget year Tuesday evening.

The 47-cent rate is a four-cent increase over the 43-cent equalized rate following the county’s property reassessment that boosted values by an average of 18.27%. The change means a homeowner with a $200,000 home at the beginning of 2020 paid $1,020 in county property taxes. After an average reassessment increase and the four-cent tax increase, the same homeowner will pay $1,111.73 this coming tax year. The rate is four cents lower than last year’s 51-cent rate before the property reassessment process.

The vote to approve the 47-cent rate was approved by a vote of 5-3. Patti Cooper-Jones made the motion for the 47-cent tax rate. She was joined in the majority by Dr. Odessa Pride, Jim Wilck, Jerry Townsend and Llew Gilliam. Chair David Emert, Bobby Jones and Beverly Booth voted against the 47-cent rate.

Before the 47-cent rate passed, a motion for a 46-cent rate proposed by Supervisor Jerry Townsend failed by a 4-3 vote.

When asked his opinion on where he would like to see the tax rate fall, County Administrator Doug Stanley said a rate in the range between 46 to 48 cents would allow the county to complete some capital checklist items while not disrupting core county finances.

“I think Prince Edward has done a good job of putting things off, and the time has come that we are going to start fixing a few things,” Stanley said.

The board is also considering initiating a lodging and food tax as well as exploring a referendum to increase the county’s sales tax for additional school funding. The additional lodging, food and cigarette taxes will be considered for implementation in July. 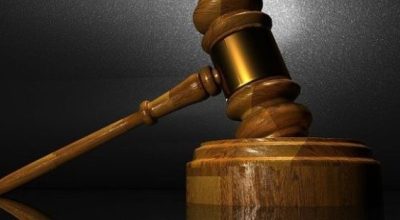